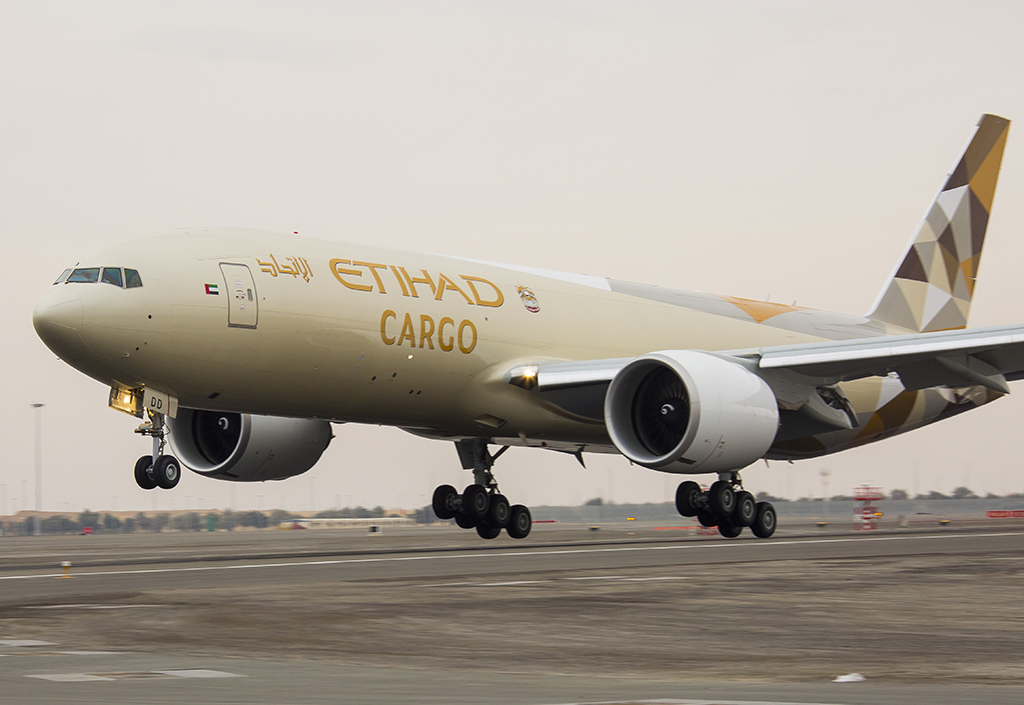 Abu Dhabi-based Etihad Cargo has taken delivery of a new Boeing 777 freighter, with a second such aircraft due to arrive in March.
Both freighters, with a combined list price value of $637m, will come equipped with nine seats, allowing the Middle East airline to carry additional grooms as part of its Sky Stables programme, which supports high value equine movement.
They will be the first aircraft in the Etihad Cargo fleet to be equipped in this way and will bring the airline’s total freighter contingent up to 12 aircraft.
Sky Stables is supervised by dedicated managers, supported by handling teams both in the air and on the ground, with horses currently being moved to destinations in Europe, Asia, Africa, Australia and the Americas.
Kevin Knight, chief strategy and planning officer for Etihad Airways, said: “The additional freighter gives us the opportunity to expand our specialist cargo services and grow our market share.
“Over the last year, we have been expanding into South America, Africa and Asia and the new aircraft will enhance capacity and enable us to increase frequency across our scheduled network, but importantly also increase our charter opportunities to growth areas of the world.”
In its existing freighter fleet, Etihad Cargo currently operates three Boeing 777Fs, three Boeing 747s and four Airbus A330s. The cargo division of the national airline carrier of the UAE currently serves 14 freighter-only destinations worldwide from its Abu Dhabi hub and has freighter capacity on Etihad Airways’ fleet of over 100 passenger aircraft.
The Etihad Cargo division generates over $1bn in revenue annually and reported strong cargo volumes for 2015, with 592,090 tonnes of freight and mail flown in total, a 4% increase over 2014 figures. The cargo division also accounted for 88% of cargo imports, exports and transfers at Abu Dhabi International Airport.