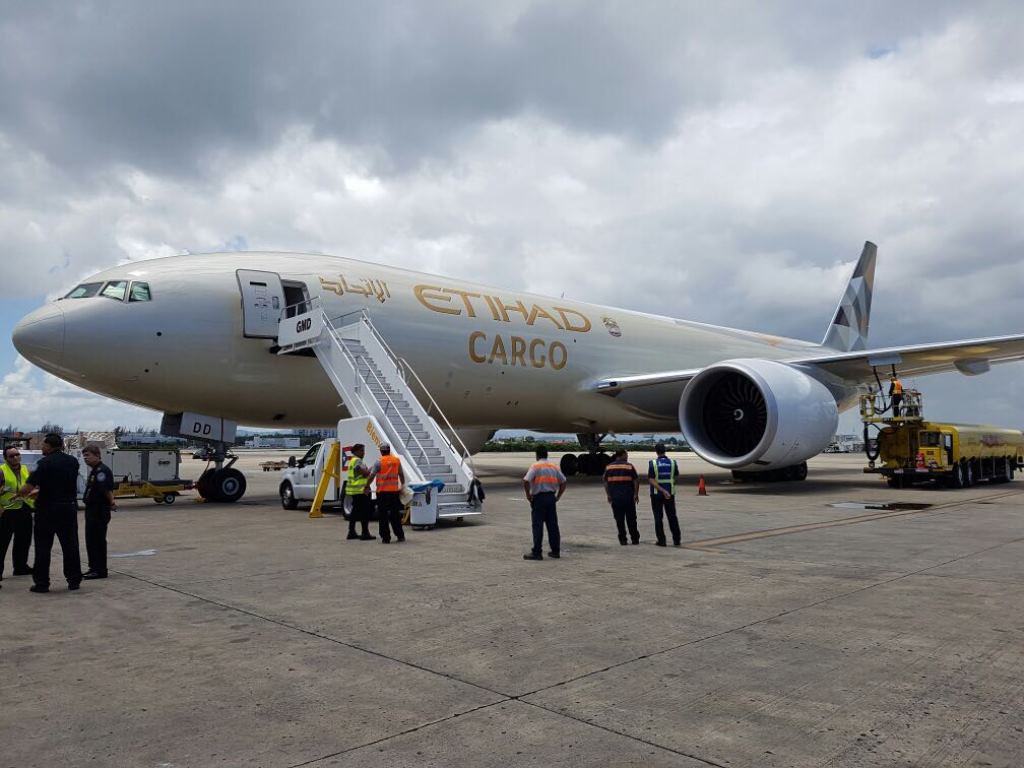 Etihad Cargo has transferred its recently delivered Boeing freighter onto its service between Milan Malpensa and Bogotá.
The service has been running since November 2014 with a wet lease Boeing 747, but Etihad has now transferred one of its own B777 freighters onto the route.
The new aircraft joined the fleet at the end of February 2016 and takes Etihad Cargo’s dedicated freighter fleet to a total of 11 aircraft.
It is also the first time Etihad has used one of its own aircraft on the sector.
Etihad said the aircraft is capable of transporting more than 100 tonnes of cargo on each flight and will strengthen the cargo division’s operation between South America and Europe.
Bogota has been growing rapidly in recent years and last year saw volumes jump by around 5% to more than 660,000 tonnes.
It hasn’t all been good news for the airport of late – earlier this year Lufthansa Cargo axed a freighter service from the airport to Europe that targeted the flower market because of weak market conditions.
Meanwhile, Italy is Europe’s third largest cargo market and Milan is growing as an important European cargo hub.
Last year, Malpensa saw volumes jump by more than 8% to over 500,000 tonnes.
Etihad Cargo’s fleet includes four B777Fs, three B747s and four Airbus A330s.