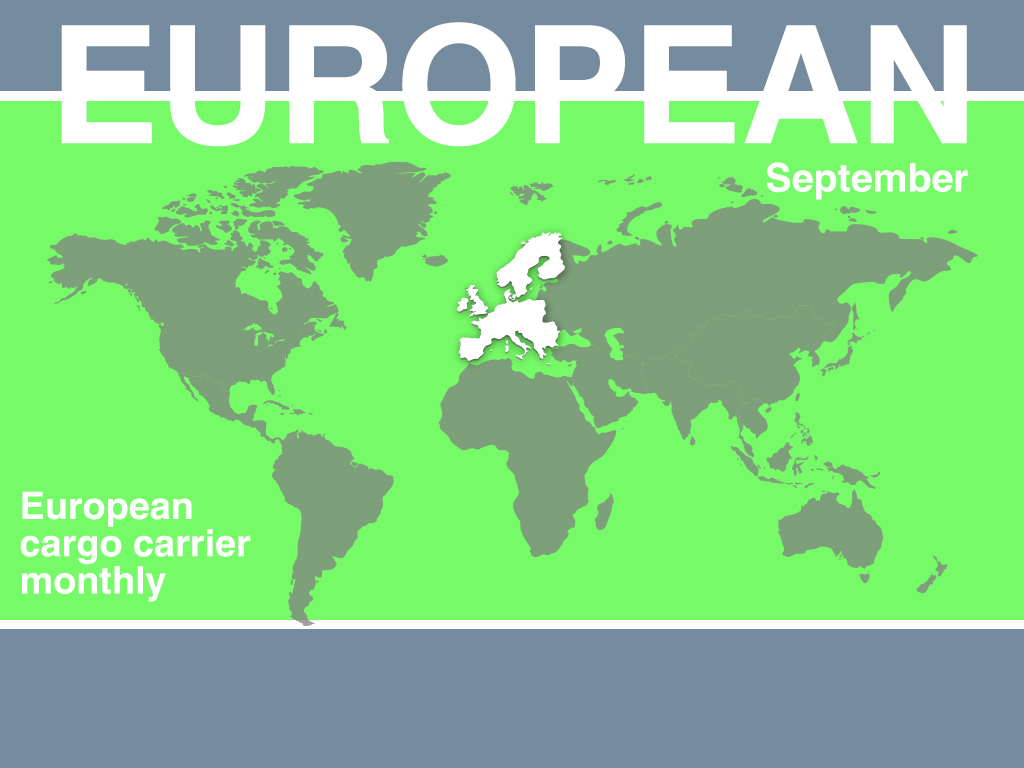 European airlines are the latest to report a bumper month for airfreight demand in September, with Lufthansa, IAG and Finnair recording some of their biggest improvements of the year so far.
The largest European cargo carrier Lufthansa saw cargo demand increase by 8.2% year on year in September to 883m revenue cargo tonne km.
This is the airline’s third monthly improvement in cargo demand in a row and the largest year-on-year percentage improvement recorded by the airline since Air Cargo News records began in 2012.
A spokesperson for the airline said that tonnage-wise, figures were actually stable. He added that market overcapacity continued to put pressure on pricing. 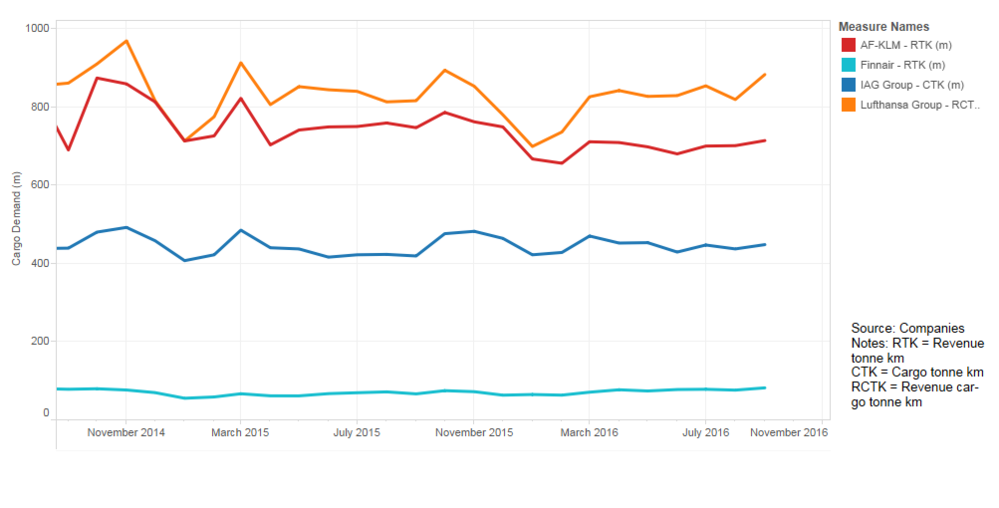 The demand improvements were led by the airline group’s Asia Pacific business, which registered a 10.2% improvement on a year earlier, and the Americas, up 7.5%.
Capacity increased by 3.2% in September and as a result the airline group’s load factor improved to 65.9% from 63.1% last year.
There was also an improvement at IAG Cargo as its cargo traffic increased by 6.9% year on year in September to 448m cargo ton km. This was the airline’s sixth monthly increase in a row and the eighth of the year so far.
Its demand figures are helped by the acquisition of Aer Lingus at the start of the year. Demand was up 6.1% at British Airways and 13.9% at Iberia. 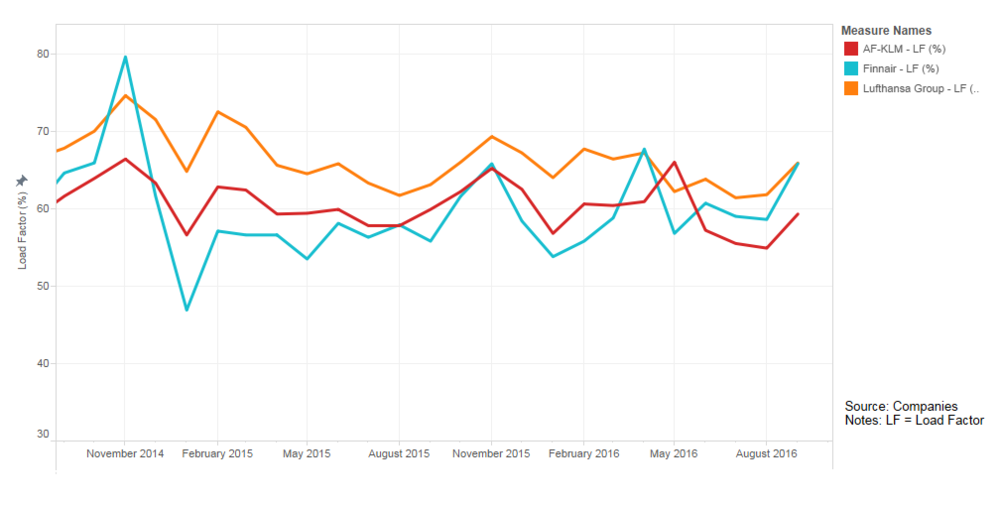 Finnair also recorded an increase in demand as it saw traffic jump by 23.2% on last year to 81.8m revenue tonne km. This is the airline’s ninth increase in a row and the second biggest of the year so far.
Over the first nine months of the year, Finnair has registered a 14.8% improvement in demand as it takes on new capacity in the shape of A350XWB aircraft and is building a new cargo terminal at Helsinki Airport. Its load factor improved to 65.8% from 55.8% last year.
It wasn’t all good news for European airlines as Air France KLM continued its downward spiral. In September the Franco-Dutch airline group reported a 4.5% decline in demand to 714m cargo tonne km.
This was the airline’s twelfth monthly decrease in a row, but does compared favourably with the 7.1% decline it has registered for the year to date.
Its load factor slipped to 59.3% compared with 59.9% at the same point last year.
The increases at European airlines follow on from a similar performance at two of the big three US carriers.
While there was an extra Friday –one of the busier days of the week − in September this year the improvements do point towards the potential for a relatively decent peak season. 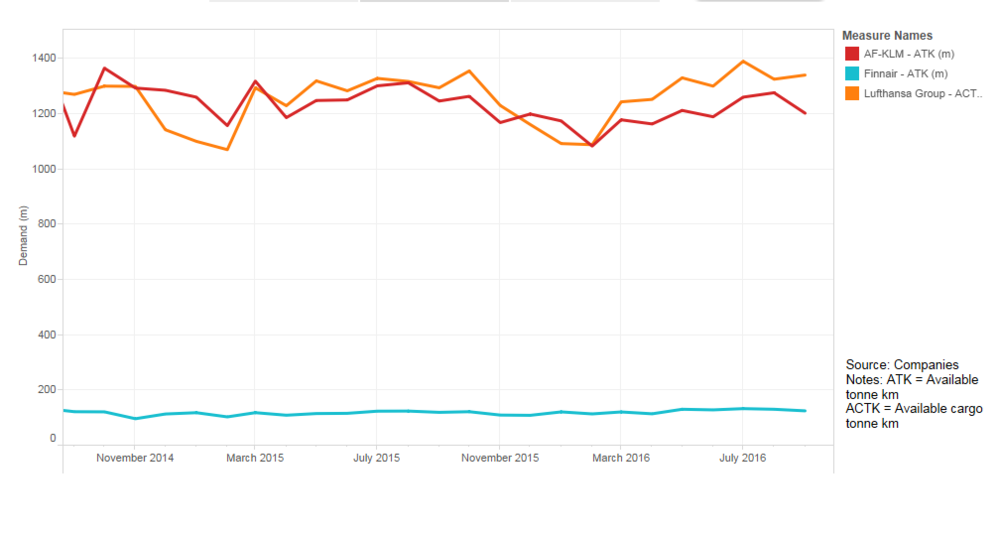 IAG Cargo has launched a new direct route to Dakar, Senegal, from Madrid as airfreight demand increases to West Africa….

IAG Cargo has made two appointments to its leadership team: Pat Dobie (pictured above) becomes chief customer and infrastructure officer and…

As a continuation of Kenya Airways’ (KQ) cargo codeshare partnership with Congo Airways, established earlier this year, KQ will lease…