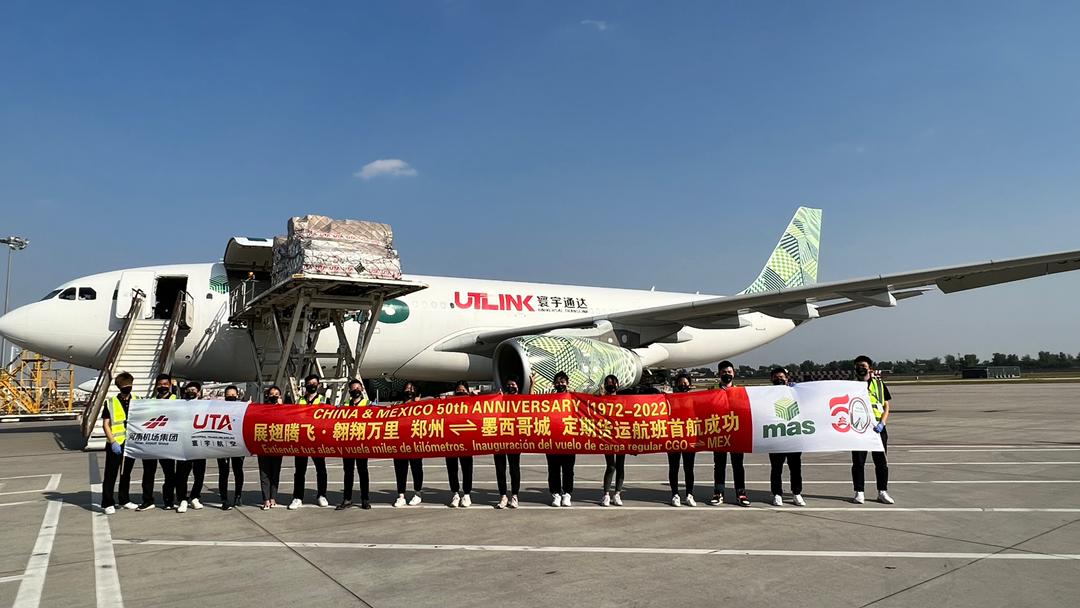 Mexico-based freighter airline mas has added flights to China for the first time as it continues its network expansion.

There are also plans to add a three-times-per-week service to Chongqing-Jiangbei International Airport in July.

The new flights come as the airline has been rapidly expanding its fleet over recent months, with nine due to be in operation by the end of this year and 18 in 2024.

Mas said that the flights are being operated on behalf of  China-based logistics firm Universal Translink Aviation Transportation Service (UTA).

“This flight gives way to the new commercial route announced since the start of the year as part of mas’ growth strategy, and as a reaction to the needs of the international cargo market,” the carrier said.

The flights will be operated with mas’ recently delivered A330-200P2F, with a capacity of 60 tonnes, translating into a weekly capacity of 360 tonnes from July, or over 18,000 tonnes per year.

Luis Sierra, chief executive of mas, said: “With the start of this first operation in China, we expanded our global presence, being the first Latin American cargo company to operate in three continents.

“We are deeply grateful to UTA who has been the best promoter of this project.”

Jesús Seade Kuri, Mexico’s ambassador in China, said the Zhengzhou flight will facilitate and promote commerce between Asia and the Americas.

“Zhengzhou Xinzheng International Airport, located in Henan province, is a strategic central to manage cargo flights due to its logistics strength and solid capabilities in the sector.

“On the other hand, Mexico City International Airport is the main access point into the large and growing domestic Mexican market and also the door into the rest of Latin America and the Caribbean.”

The carrier added that this year it aims to grow its network by up to 150% and its ACMI business by 300%.

More expansion on the cards for Mexican freighter operator mas