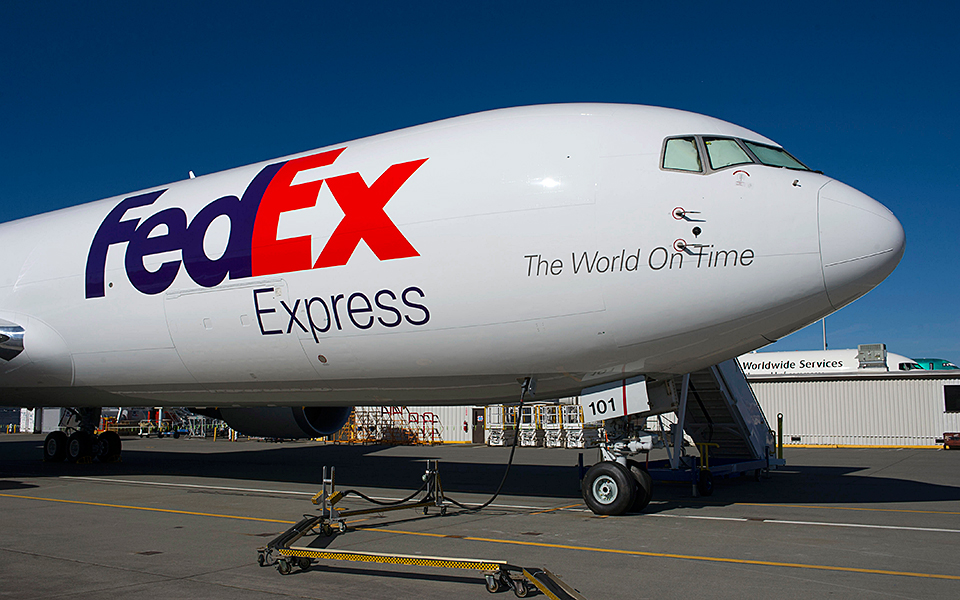 US parcels giant FedEx Express has placed a new order for 12 Boeing 767 freighters and 12 Boeing 777 freighters, with a combined list price value of $6.6bn.
The B777Fs will be delivered between fiscal 2021 and 2025. The B767Fs will be delivered between fiscal 2020 and 2022.
"We are taking another positive step in our fleet modernisation programme as we add more efficient, lower emission aircraft to our global fleet," said David Cunningham, FedEx Express president and chief executive.
He added: "The Boeing 767 and 777 freighters have brought greater efficiency and reliability to our air operations. The 777, with its tremendous range characteristics, has allowed us to provide faster transit times around the globe. We are excited to add more of these aircraft to our fleet."
This order comes as the air cargo industry continues to gather strength. A year after demand grew by nearly 10%, global airfreight is on track to increase by another four to five percent in 2018. With the latest order from FedEx Express, Boeing has sold more than 50 widebody freighters so far in 2018.
"We are honored that FedEx has again placed its trust on the wings of the Boeing 767 and 777. This repeat order is a big vote of confidence in Boeing’s market-leading freighter family and the long-term outlook for airfreight," said Kevin McAllister, president and chief executive officer, Boeing Commercial Airplanes.
FedEx Express and Boeing have a long-standing partnership. The express carrier is a major operator of the Boeing 757 freighter and the largest operator of the B767 Freighter and B777 Freighter. FedEx is also a customer of Boeing’s Global Services business.
The B767 freighter, based on the 767-300ER (extended range) passenger jet, can carry approximately 58 tons (52.7 tonnes) of revenue cargo with intercontinental range, "making it a flexible platform for serving long-haul, regional or feeder markets," said Boeing and FedEx in a joint statement.
The FedEx order continues a boom for the B777 freighter in 2018, with Qatar Airways signing a letter of intent for five aircraft, an order worth $1.7bn at list prices, while Lufthansa Cargo has ordered two more of the 103 tonne capacity long-range jet.
Turkish Airlines kicked off the year with a confirmed order for three B777Fs, to be delivered this year, on top of the two it already operates, while Japan’s All Nippon Airways (ANA) is acquiring two B777 freighters — for delivery in 2019 — in response to the “expanding market in Asia, China, and North America”.
The secondary market saw US-based aircraft lessor Atlas Air acquire two B777-200 freighters in March from LATAM Airlines, South America’s biggest cargo airline. Both aircraft will operate in aircraft, crew, maintenance and insurance (ACMI) service for DHL Express through Atlas’ Southern Air subsidiary.
In February this year, FedEx rival operator UPS  ordered an additional 14 Boeing B747-8F cargo jets and four new Boeing 767F aircraft to provide additional capacity in response to demand growth.
All of the new aircraft will be added to the existing fleet and no existing aircraft are being replaced.
The aircraft will be delivered on an expedited schedule, building on the company’s 2016 order of 14 Boeing 747-8 freighters.
Read more freighter operator news