FedEx to be launch customer for new Cessna turboprop 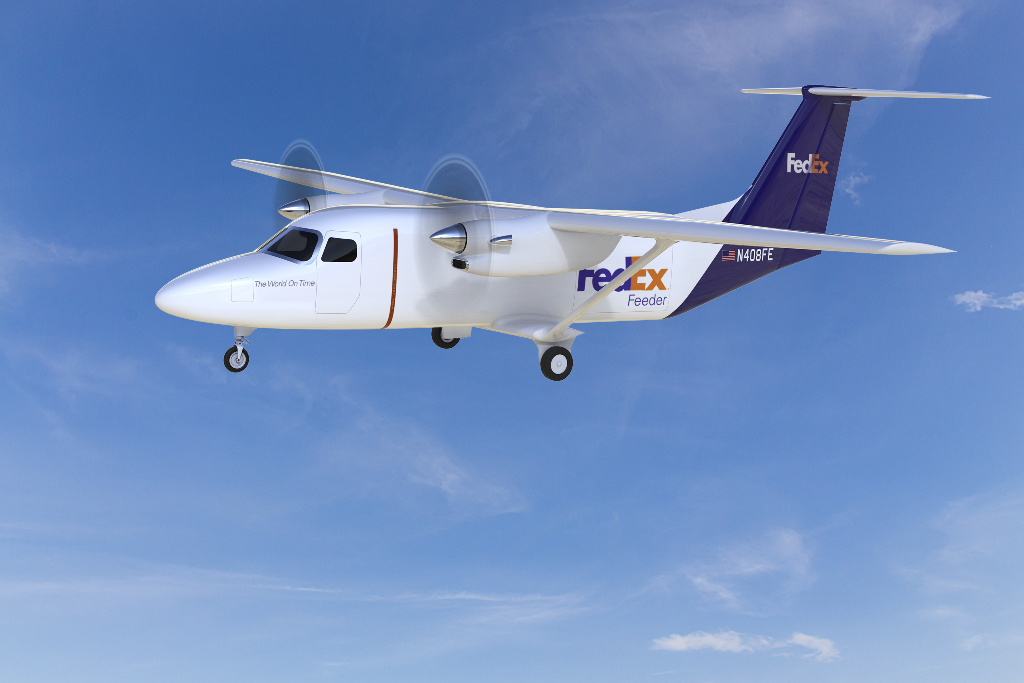 FedEx Express is to be the launch customer for a new Cessna twin-engine turboprop aircraft.
The express giant has signed a deal with Cessna parent company, Textron Aviation, for 50 SkyCourier 408 aircraft, with options for a further 50.
The new aircraft, described as a development of the single-engined Cessna Caravan, is scheduled to go into service in 2020.
Textron said it had developed the aircraft in response to the ageing twin-utility turboprop fleet, which have an average age of 30 years.
Cessna is offering the SkyCourier 408 in cargo and passenger variants. The former has a large cargo door and a flat floor cabin that can handle up to three LD3 shipping containers with 6,000lbs maximum payload.
Range is 900 miles, maximum cruise speed is 200 knots and single-point pressure refuelling will enable faster turnarounds.
Textron Aviation president and chief executive, Scott Ernest, said: “The aircraft will fulfil a gap in this market segment with its superior performance and low operating costs in combination with the cabin flexibility, payload capability and efficiency only a clean-sheet design can offer.”
His counterpart at FedEx, David Cunningham, added: “This new, advanced aircraft will play a key role in our feeder aircraft modernization strategy. The Cessna SkyCourier 408 offers a number of significant features that will enhance our long-term strategy.”
Earlier this month, FedEx signed a firm purchase contract for 30 ATR72-600s plus 20 options.
These eight tonnes cargo capacity aircraft will be the first new ATRs to be directly delivered from the factory in a freighter configuration.
Read more express industry news