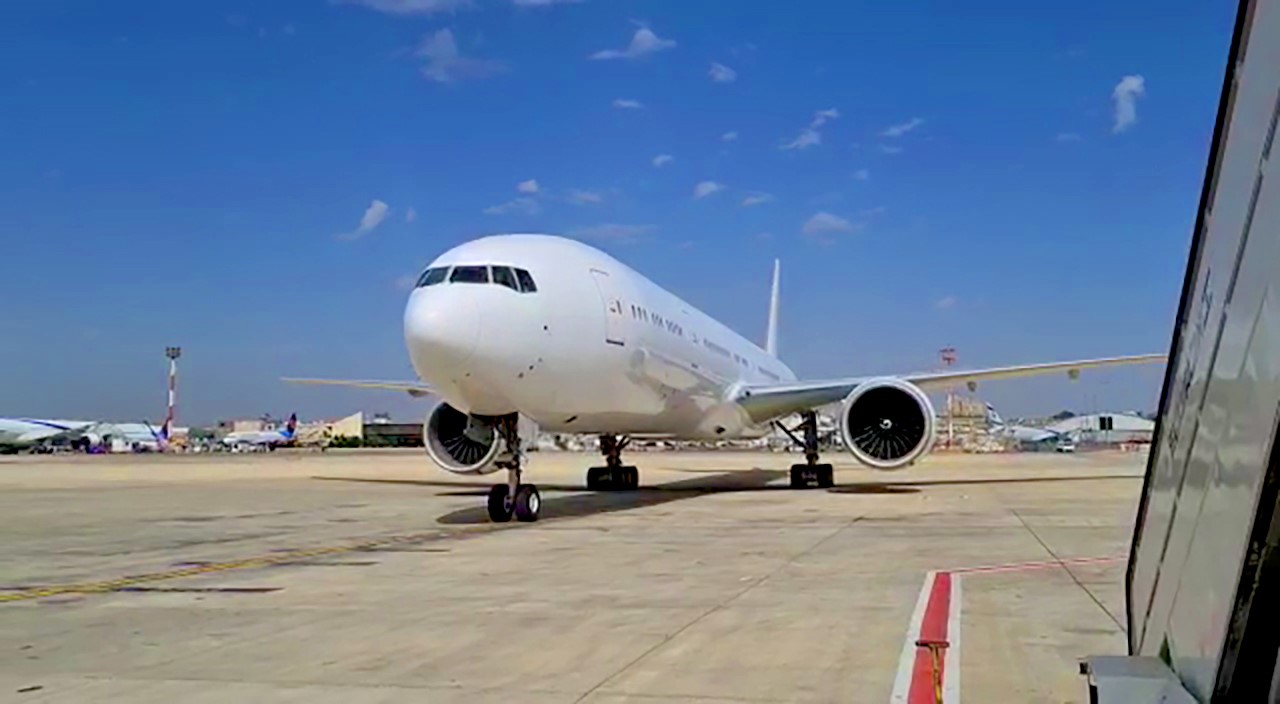 First B777 ready for conversion

The aircraft (MSN 32789) will become the first ever B777 converted into a freighter configuration and marks the launch of the “Big Twin” programme announced last October.

The B777 was transported from Dubai and arrived in Tel Aviv today, where IAI will add a main deck cargo door, freighter lining, window plugs, a modified crew compartment, a reinforced fuselage and a 9G rigid cargo barrier, amongst other changes.

As launch customer and co-founder of the programme, GECAS has committed fifteen firm orders and has fifteen additional options for the type.

“The arrival of the prototype aircraft in Tel Aviv is an exciting milestone for the Big Twin freighter programme,” said Richard Greener, senior vice president and and manager of GECAS Cargo. “This aircraft sets out to meet requirements of the air cargo industry for the next 20 years.”

At the time of the programme launch, Greener said the -300ERSF’s maximum structural payload of 101.6t and greater volume than the 777F mean it is optimised for the lower cargo densities of the e-commerce and express operators rather than the traditional general freight operators like Cargolux and Nippon Cargo, which operate with densities of around 9-10lb/cb ft (0.11-0.13kg/cb m).

Greener said that the -300ERSF’s payload range characteristics mean it can serve 95% of routes currently flown by the 747-400F.