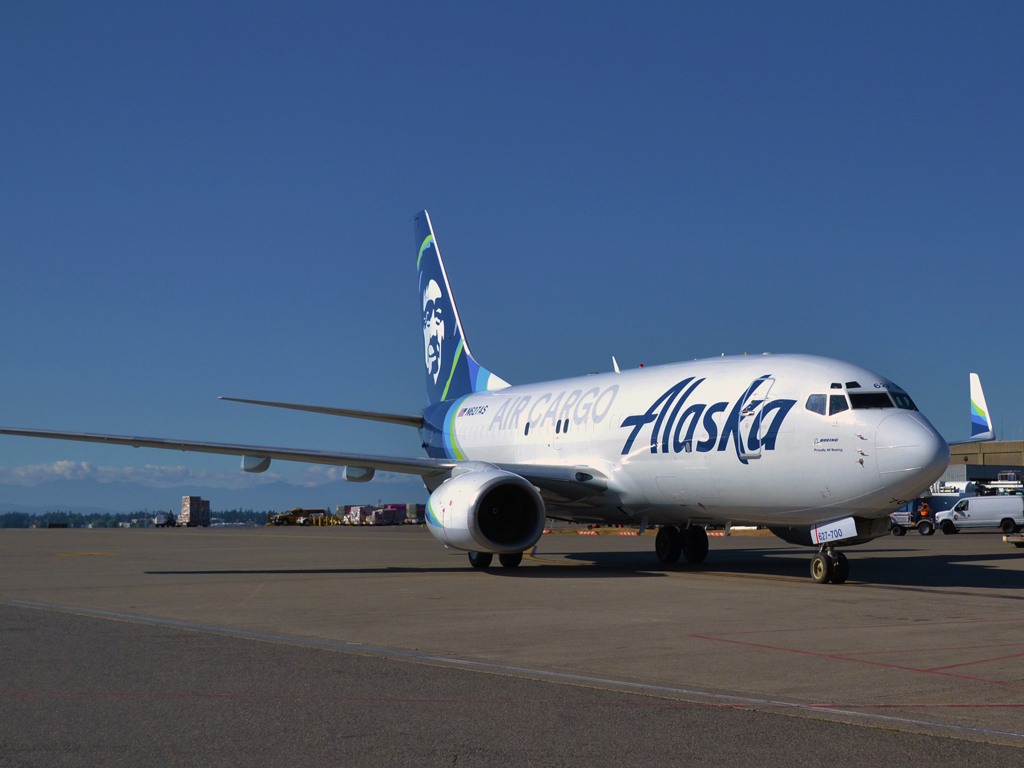 Alaska Air Cargo has introduced its first converted Boeing 737-700 freighter to its fleet, the first aircraft of its kind in the world.
It operated from Seattle to Alaska on its maiden commercial flight.
Alaska Airlines vice president of airport operations and customer service, Wayne Newton, described it as a “one-of-a-kind aircraft” that marked the beginning of a new era at Alaska Airlines."
Introduction of the converted freighters will lead to the retirement of the carrier’s unique fleet of 737-400 combi aircraft by 18 October.
Newton added: "With an all-freight fleet, our cargo business is now a stand-alone operation, allowing us to better focus on the needs of our cargo customers."
The aircraft was converted over 19 months in Tel Aviv by Israel Aerospace Industries. Alaska pilots flew the converted plane from Tel Aviv via Belfast, Northern Ireland, Bangor, Maine and Greensboro, North Carolina, for scheduled maintenance. The aircraft was painted in Victorville, California before arriving in Seattle.
Alaska will take delivery of two more converted 737-700 freighters, boosting the total cargo capacity of its fleet by around 15%. Though smaller in size, the 737-700 freighter can carry 10,000 more pounds of cargo per plane than the existing 737-400.
Israel Aerospace Industries is currently working on two further 737-700 conversions for Alaska Air Cargo.
Alaska Air Cargo managing director, Jason Berry, added: "The new freighter will transform our cargo business and allow us to provide more efficient and consistent service. Now we can move more freight than ever before, and optimize schedules to meet the needs of our cargo partners."
Initially, the new fleet of all-freight aircraft will primarily serve the state of Alaska, and provide regular, scheduled service to 17 communities across the state.