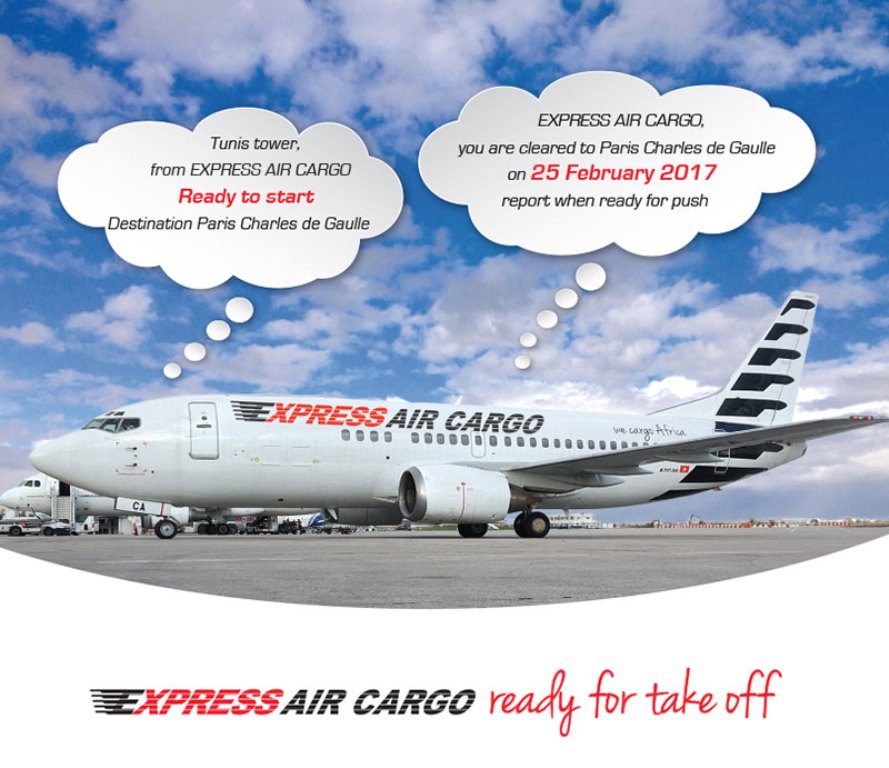 New Tunisian freighter operator Express Air Cargo has completed its first commercial flight, operating a Boeing 737-300F between Tunis and Paris Charles de Gaulle on February 25.
The airline took delivery of the aircraft in mid-January after it went through a series of inspections and said it would be taking delivery of a second aircraft in the coming weeks.
The company eventually aims to offer daily connections between 15 countries in north and west Africa and Europe. Its eventual fleet will consist of B737-300Fs, B737-400Fs, ATR-72s and Cessna-208B.
As well as the express sector, it will also target pharma, perishables, live animals, dangerous goods and charter markets. It hoped to include integrators including UPS, DHL, TNT, FedEx, Aramex amongst its customers.
The airline was originally due to launch in January 2016 and then again in September. FL Technics is acting as the airline’s maintenance, repair and overhaul service provider.
When news of the airline first emerged in late 2015, UPS were rumoured to be investors, but in the end the deal did not go through.