First Volga-Dnepr AN-124 back in the air 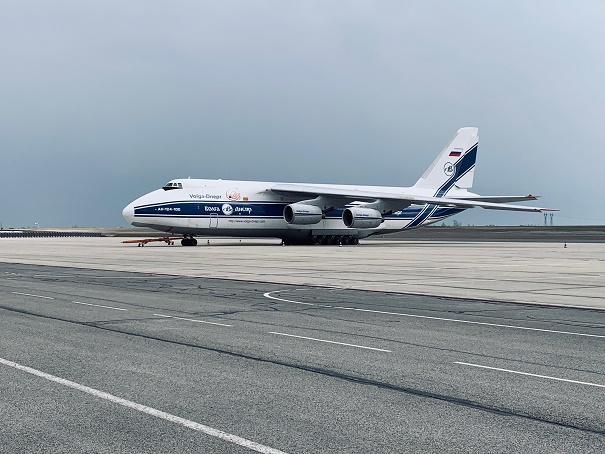 Volga-Dnepr has re-introduced its first AN-124 back into service after the carrier took the decision to temporarily ground the aircraft on safety grounds.

On December 29, the Russian airline said that the first of its 12 AN-124s was back in action following the completion of technical checks and execution of service directives.

The return of the remaining aircraft will be incremental, Volga-Dnepr said.

Volga-Dnepr Group chief commercial officer Konstantin Vekshin said: “It appears that we have been able to re-start our AN-124-100 operations before the end of this year.

“We are in the process of diligent execution of the service directives, the technical checks are on the right track. As expected, our first AN-124-100 is back in the air again.

“The ultimate return will be incremental and we will still take our time to follow the guidelines reflected in the service directives.”

The company will be discussing the return to service and availability of its AN-124s with its customers individually and will keep the market informed about the situation.

According to Flight Radar 24, RA-82077 has conducted three flights since December 26: Leipzig-Shanghai; Shanghai-Moscow; and Moscow-Riga. The last flight took place on December 28.

The Volga-Dnepr Group took the decision to ground its 12 AN-124s in November on safety grounds after one of its aircraft was forced to make an emergency landing at Tolmachevo Airport in Novosibirsk, Russia.

On November 13, the AN-124 suffered an uncontained engine fan disk failure of series D-18T, which resulted in engine failure and the loss of control systems. The incident did not result in any loss of life.

Following the incident, the carrier said its AN-124 fleet would remain grounded until an investigation by the Federal Agency for Air Transport, which seeks to identify the cause of the  “aviation incident” on November 13, is complete.

Commenting on the incident at the time, the carrier said: “On November 13, 2020, soon after take-off, the airplane suffered the uncontained engine fan disk failure of series D-18T, which resulted in engine failure and the loss of control systems.

Images of the damaged aircraft, taken on November 13, can be seen at SimpleFlying.com.