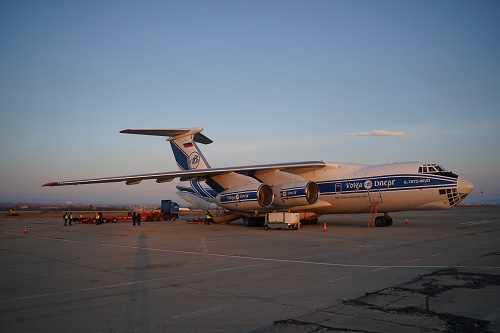 The Volga-Dnepr Group is among four Russian cargo airlines that will receive government support subsidies.

Rosaviatsia said the money is in response to external sanctions and will reimburse operating costs.

In a statement on July 12, the Federal Air Transport Agency confirmed that R2.9bn has been allocated for cargo airlines and that allocation of these funds begins this month and will proceed on a monthly basis depending on the operations carried out by the airlines concerned.

“The Federal Air Transport Agency informs about the results of the selection of subsidy recipients – airlines that carry out cargo transportation, for reimbursement of operating costs in the context of external sanctions.

“This measure of state support will ensure the operational activities of cargo airlines and is aimed at retaining aviation personnel.

“A positive decision to provide a subsidy was made for four airlines: Volga-Dnepr Airlines, Abakan Air, Aviastar-TU and Aviakon Zitotrans. The results of the selection can be found in the Protocol.

“Funds will begin to be transferred to airlines starting in July 2022. Further payments will be made on a monthly basis until the end of the year, according to the actual transportation performed.

Russian airline operations have been heavily affected by sanctions imposed by western nations in response to the war between Russia and Ukraine.

These sanctions include airspace bans and restrictions on companies leasing aircraft to Russian airlines.

Earlier this year, it was revealed that the Russian government has signed an “unprecedented” deal with the Volga-Dnepr Group for the creation of air bridges between Russia and several countries to carry critical goods.

The R9.5bn deal included the operation of regular cargo services between Moscow and other Russian cities, as well as China, India, Turkey, the UAE, Azerbijan, Pakistan and Vietnam.

By the end of the year the flights are expected to have carried around 20,000 tons of critical cargo, including medicines, medical devices and consumables, food, information technology and communications equipment and components for Moscow enterprises.