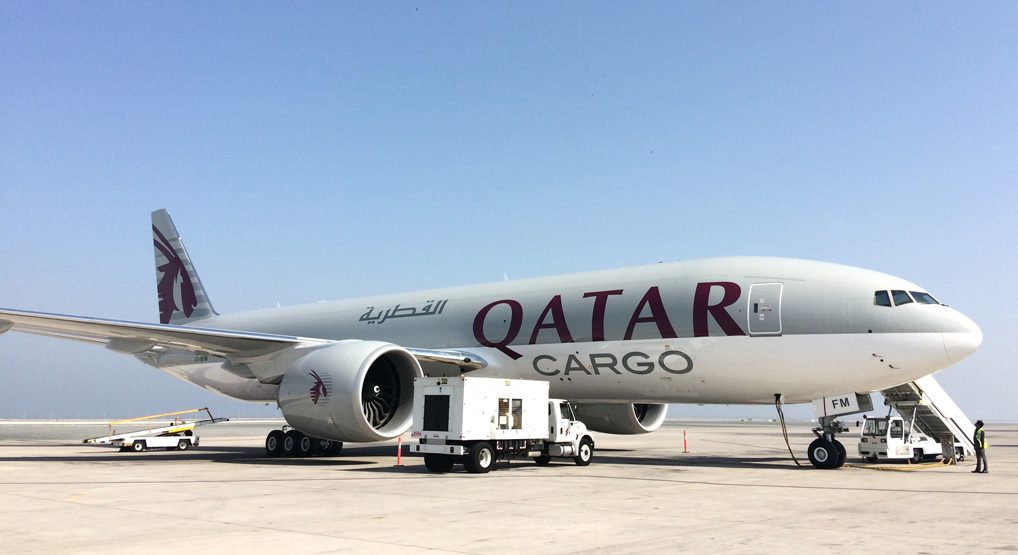 Qatar Airways Cargo has expanded its freighter fleet to 22 aircraft following the delivery of a 13th Boeing 777F at its home base, Doha’s Hamad International Airport (HIA).
The world’s third largest international cargo fleet now comprises eight Airbus A330Fs, 13 Boeing 777Fs and one Boeing 747-8F. A second B747-8F is on order.
Chief officer cargo Ulrich Ogiermann said: “We are excited to take delivery of the newest freighter just days after our first Boeing 747-8F nose loader freighter joined the fleet, and at a time when we are increasing our capacity and frequencies as part of our network expansion strategy.”
Ogiermann said that the new freighters will be deployed on long haul scheduled services and also boost the QR Charter operation.
Qatar Airways Cargo took delivery of its first B777 freighter in 2010, each aircraft having a payload of more than 100 tonnes and a range of up to 9,070km.
At a handover ceremony for the first B747-8F aircraft at Boeing’s Seattle base, Qatar Airways Group chief executive Akbar Al Baker suggested that the carrier could be in the market for more B747-8Fs after the second is delivered in November.
He  also confirmed an order for an additional four 777-300ER passenger aircraft, bringing the carrier’s total order book with Boeing to $2.2bn.
Read more freighter operator news