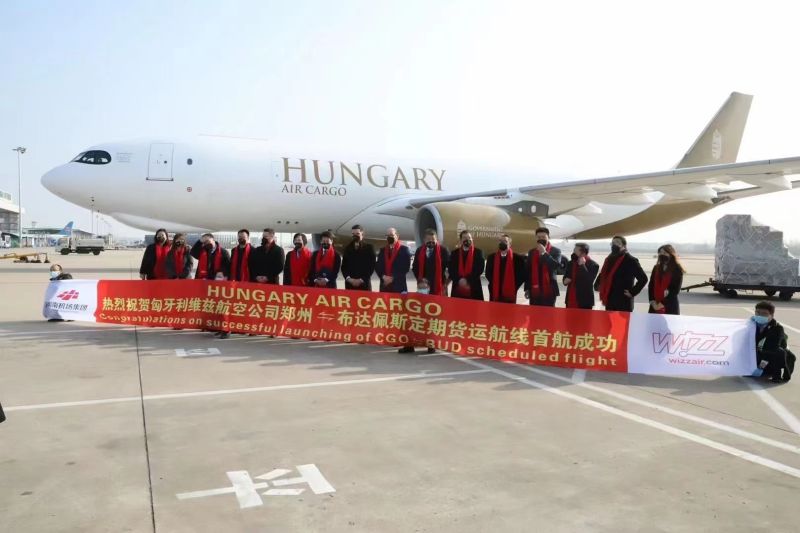 The Hungarian Government’s new freighter has started commercial operations between Hungary and China.

Acquired from Qatar Airways in 2020, the A330-200 full freighter aircraft is being operated by low-cost Hungary-headquartered airline Wizz Air three times a week on the ‘Aerial Silk Road’ between Budapest Airport in Hungary and Zhengzhou Airport in China.

On a LinkedIn post, Budapest Airport (BUD) said its capacities will “help to boost export-import airfreight between the regions”.

The plane has previously been used to help shift medical supplies such as vaccines between Hungary and China and will now be used to boost the supply of commercial goods like electronics and automotive parts between the countries.

This initiative launches as ports and terminals remain congested with delays on shipping routes, which has seen more investment in air cargo capacity to get goods moving as fast as possible. China has already made significant maritime investments in Europe through the Belt and Road Initiative (BRI).

Launched in 2004, Wizz Air operates in the Central and Eastern European region. It operates a fleet of 119 ultramodern Airbus A320 family aircraft. It flies to 151 airports in 51 countries and has over 700 routes.

BUD achieved record cargo volumes in the first half of 2021. The airport aims to grow its cargo business in the coming years.