Freighters: down, but not out 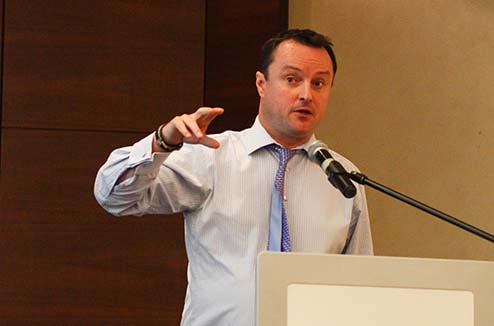 The Freighters and Belly Cargo conference in Budapest last week was optimistic that the industry’s use of freighters would eventually stabilise to a new norm. However, said IAG Cargo’s Jude Winstanley, former head of freighters, the norm will still be a lot lower than the glory days 20 years ago.
“There was a structural change in the market. It’s a fact that airlines are building for passenger growth and cargo demand simply can’t keep up. Going forward, there will be more belly capacity than is needed. As an industry we can self-regulate; we can’t do anything about passenger tons coming – but we can take out freighters.”

Interestingly, he said IAG might one day return to operating its own freighter.

“Yes, we can foresee circumstances where we might invest again. If the market radically changed, in five to 10 years, it may be so. But more likely is a joint investment in a medium-size aircraft in the next two to five years.”

Michael Steen, chief commercial officer of Atlas Air, disagreed, saying that the rapidly expanding demand for e-commerce would continue to drive the demand for air cargo, and so freighter use.

“There is an increase in global prosperity. By 2025 there will be 1.8bn more people in the consumer class. And manufacturing is moving away from traditional passenger hubs – look at Columbus, Manaus, Chongqing, Zhengzhou, Hanoi.
“The iPhone 6 had four million orders in the first 24 hours. A lot of that business goes into the integrator pipeline but a lot goes on commercial capacity too.

Steen did admit though that there will be more modal shift to sea freight unless airfreight can make itself considerably more efficient. “If you look at 3D printing; which mode will it affect first? I’d argue sea freight, which carries mass-produced goods – I think it will have a greater impact on ocean.

“E-commerce will be significant, but if we don’t fix the bottlenecks we need to fix we will see more modal shift – to express operators,” he warned.