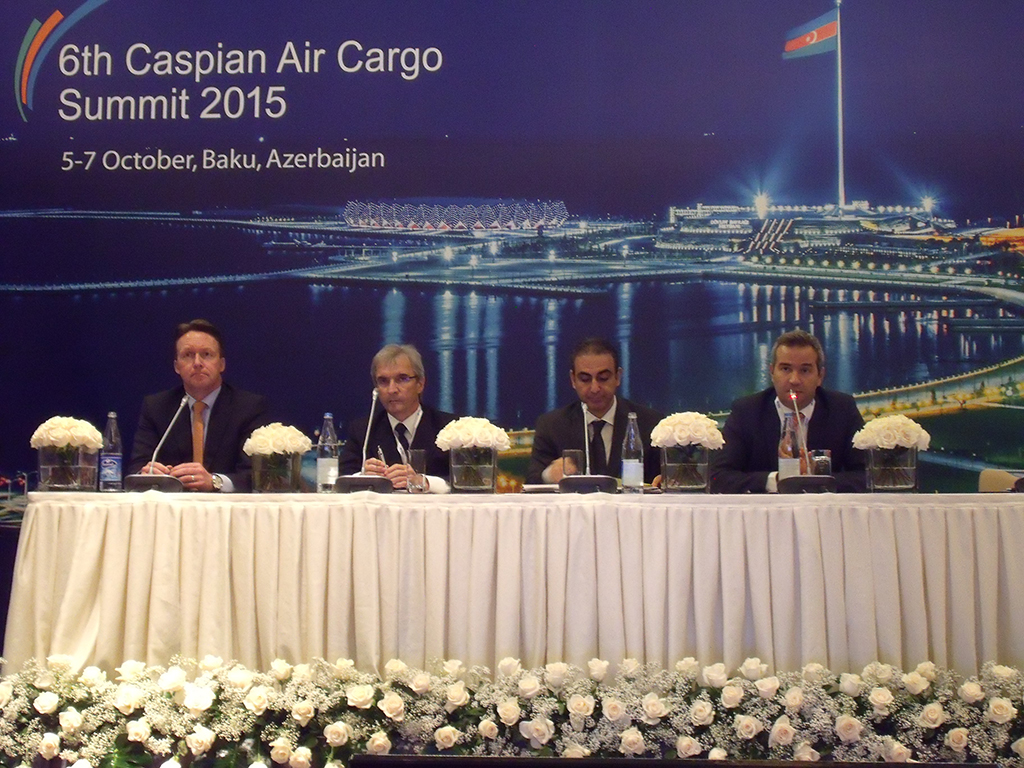 Freighters are expected to maintain and even grow their marketshare compared with bellyhold despite the increased cargo carrying capacity of passenger planes that are joining the market.
Speaking at the Caspian Air Cargo Summit in Baku, Atlas Air Worldwide executive vice president and chief commercial officer Michael Steen said that since 2001 freighters had accounted for around 60% of the total air cargo market including integrators, although there was some small percentage point variations from year to year.
While belly capacity is expanding at a far greater rate than freighter capacity as a result of growth in the passenger market, this did not mean that all-cargo carriers would lose marketshare and they could even see an increase.
He explained that despite the introduction of aircraft like the Boeing 777, which has a 50 tonne payload, half that of a freighter, there were certain tradelanes where all-cargo aircraft would continue to be more relevant.
“The aircraft aren’t necessarily applicable on all the tradelanes around the world,” Steen said. “It is not the save all, it’s not going to take away the requirement for freighters and I believe we are going to see the need for more freighters than we see today.
“You can’t fly [the B777] everywhere. On the transpacific, for example, when you take the baggage into account and the flying distance, if you were to create a 10% shift in capacity moving from freighters to 777 belly you would need to invest in 50 extra aircraft.
“These would need to be built, financed, you’d have to find business for it on the passenger side, you’d need to find slots for it, I could go on and on.”
Looking to the future supply and demand situation, Steen said that there was no doubt that there was overcapacity in the industry if top line numbers are analysed.
But he said that much of this capacity was on passenger planes which were “not necessarily flying on the trade lanes where the greatest demand was” and the situation should be looked at on the basis on individual routes.
He added that the growth of e-commerce, a growing consumer class and new manufacturing centres would affect the cargo industry but would also contribute to the need for freighter aircraft in the future.
“Maybe there will be different operators and maybe in different regions but there will certainly be more freighters,” he said.
He added that only freighters could truly serve the e-commerce market.