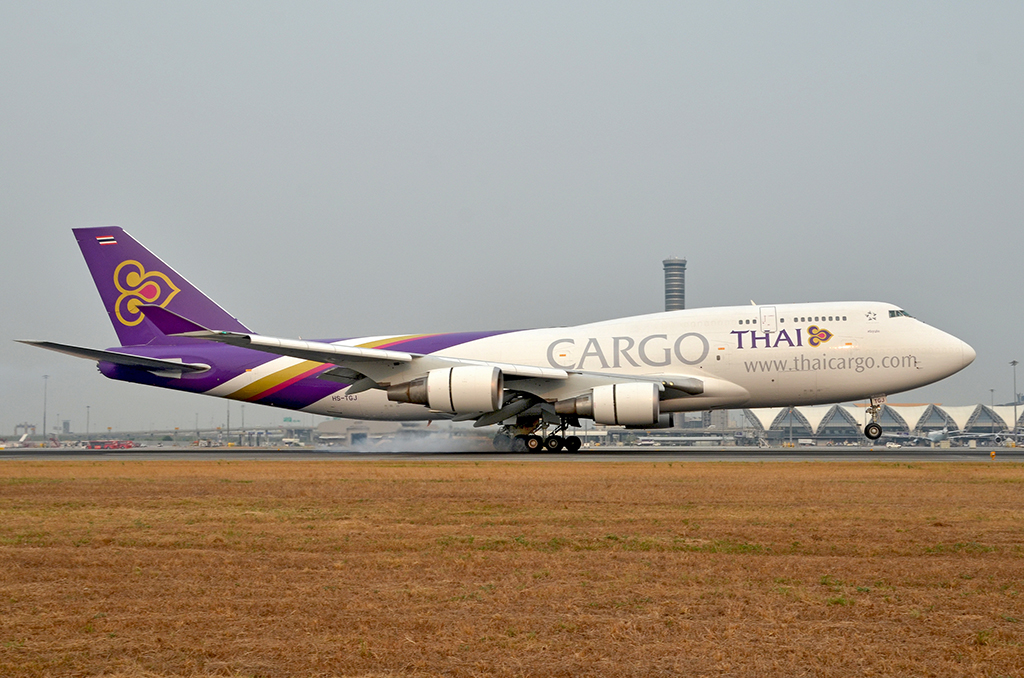 Thai Airways is due to end full freighter operations later this month as part of a fleet reduction that will also see the axing of five A340-600 passenger planes.
Consultants CH-Aviation said that the carrier planned to phase out its two remaining B747-400Fs as part of a restructuring that will see two new B787-8s and two B777-300(ER) passenger planes join the fleet.
As part of the restructuring 22 older jets — including  A340-500s, A300-600s, B777-200(ER)s, and B737-400s — will be sold in a bid to stem mounting losses. Further planes could be sold if the carrier’s finances do not turn around soon, adds CH-Aviation.
The Thai carrier has been engaged in a restructuring programme over the past two years. While lower fuel prices might help it return to an operating profit, the airline’s debts have ballooned to close on US$6bn, and this may force it into further sell-offs.
Thai Airways’ new president, Charumporn Jotikasthira, this month announced a plan to sell off non-core assets, including holdings in other companies, land and hotels.
The airline has been under pressure from Thailand’s new military rulers, who seized power in May, to get its finances in order.
The carrier’s finances have taken a battering in the face of the political problems, which have hit the country’s tourist industry hard.