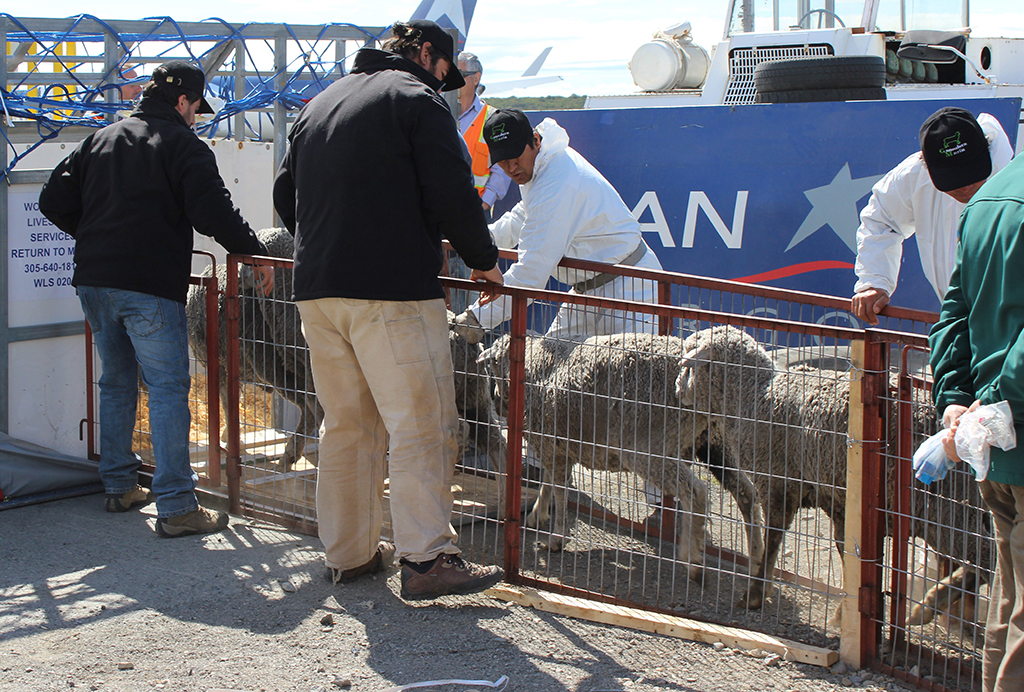 LAN Cargo has begun transporting more than 2,000 sheep from the Magallanes region, destined for the sheep-farming and wool-weaving indigenous communities that inhabit Ecuador’s central mountains.
Following an agreement between the governments of Chile and Ecuador, the Marin Magellan Meat Merino specimens — 1,500 females and 507 males — will be transported on three freighters by Latin America’s largest airfreight carrier, with each plane carrying around 670 animals each.
Juan Pablo González, cargo manager LAN Cargo Paraguay, said: “LAN Cargo has been working since last year on this restocking and livestock sustainable development programme promoted by the Ecuadorian government, with the shipment of more than 1,000 heads of cattle from Paraguay to Ecuador.
“Our know-how when it comes to this type of shipment and our transparency, professionalism and accuracy regarding the how, where, why and number of animals to transport per flight allow Ecuador to trust us again with this shipment."
The sheep will be transported from Punta Arenas, Chile, to Quito, Ecuador, in freighters specially conditioned for the operation.
The specimens — females weigh between 40-60 kg and males between 60-80 kg — will be grouped in pens designed for air transport. Twenty-eight pens will be shipped per flight, with a maximum of 25 animals in each one.
Marco Pacheco, a LAN Cargo expert in the transport of live animals, said: “We have separated the group on three cargo aircraft, each transporting 28 tons. Aircraft have strict pressure and temperature control to guarantee the sheep’s well-being during the trip.
“A maximum of 675 animals will be shipped on each flight and they will be divided by sex. It is a very complex operation, which also represents an achievement for the Magallanes region and for the country as a whole.”