From the spare room to the boardroom: Bowman’s 20 years at Air Charter Service 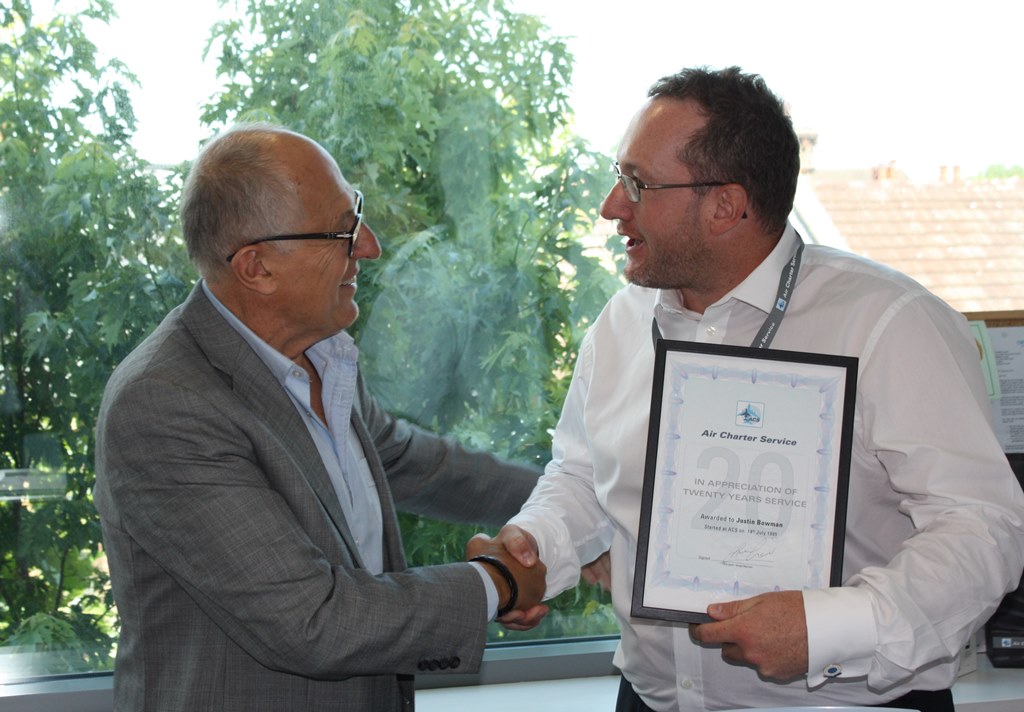 Air Charter Service chief executive Justin Bowman has celebrated 20 years at the company, which he joined after lodging with the broker company’s founder.
Bowman first became aware of ACS when as a student he moved into founder and chairman Chris Leach’s spare room in the early 1990s.
Leach said: “During the early years, times were sometimes tough, so we decided to rent a room and advertise for a student lodger in order to pay the mortgage.
“By chance, the first one to walk in the door was Justin, who happened to be a real plane spotter and obsessed with aircraft.
“So, as his university industrial placement year in 1993-1994 he helped me out in my basement office – his encyclopaedic knowledge of aircraft was invaluable in the arranging of charters and leases.”
After completing his university course in July 1995 Bowman joined ACS on a permanent basis.
Bowman said: “From the moment I saw my first charter take off from Ostend Airport, I knew that there was nothing else I wanted to do but work with chartering aeroplanes. And the last twenty years haven’t failed to deliver some memorable experiences.”

During his time at the company he has experienced some nerve racking and memorable moments, one of which was flying out to Africa following the 1994 Rwandan genocide.
“I was sent down to Africa on an AN-124 to flight manage the French government’s humanitarian effort.
“For a 22 year old to see the devastation and with $120,000 in cash to pay for fuel and handling in my bag, it was a daunting experience, but one that certainly shaped the way I looked at the job that we do.”