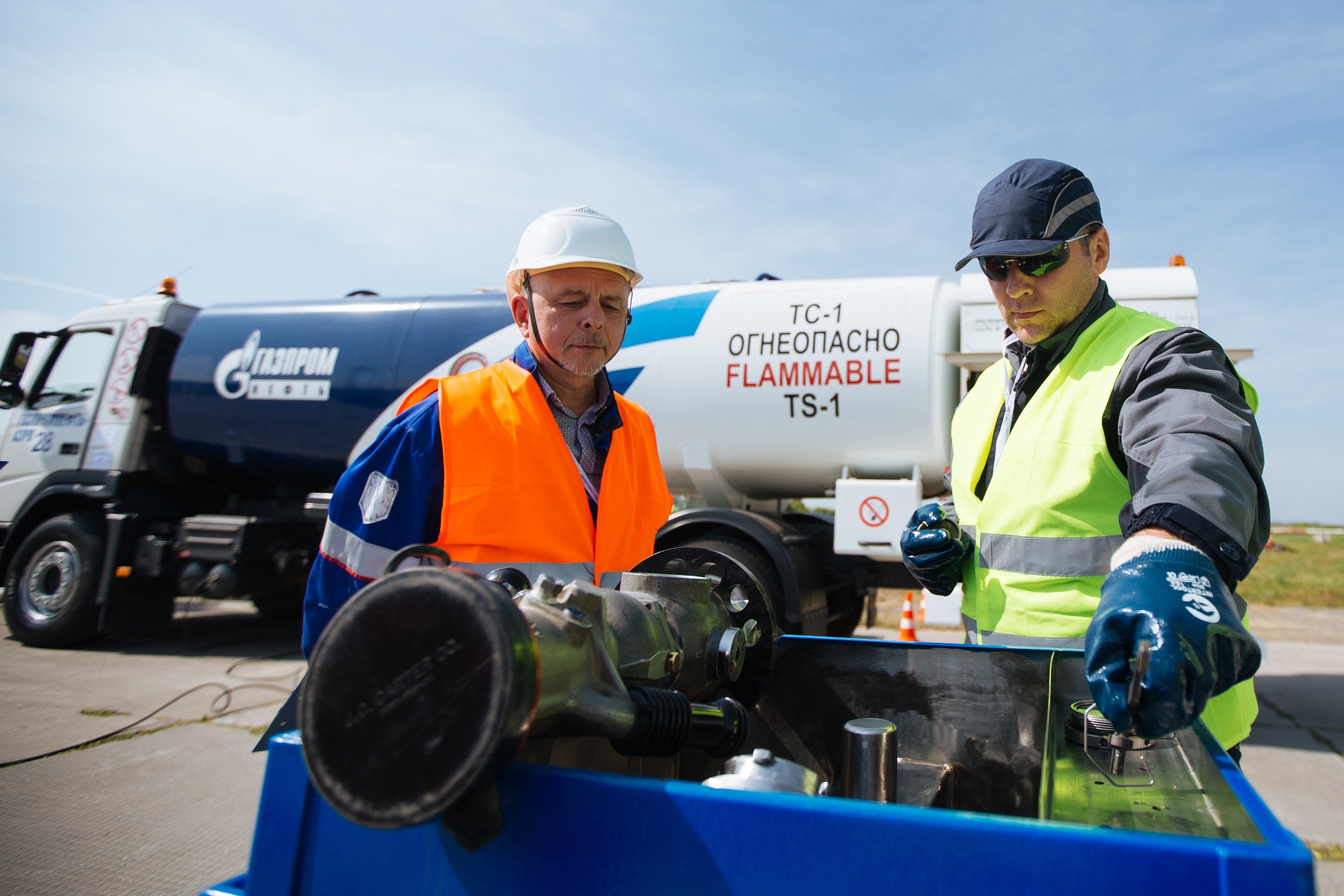 Russian energy giant Gazprom Neft is looking to expand its international aviation refuelling business, and freighter operators are an important part of that growth strategy.
Gazprom Neft’s aviation fuel operator, Gazpromneft-Aero, already has Cargolux, Lufthansa Cargo and Turkish Cargo as key foreign customers using technical stops to top up their freighters in Russian hub Novosibirsk, or Kyrgyzstan’s Manas International Airport in Bishkek.
In the first half of 2017, the company supplied 188,000 tonnes of aviation fuel to cargo airlines, and for the first half of 2018 that edged up to 190,000 tonnes.
In July this year, Gazpromneft-Aero built on its domestic fuel service for Russia’s Volga-Dnepr Group (VDG) by signing a one year contract that extends the provision to the airports of Dubai, Tokyo and Hanoi.
The deal – which includes Gazpromneft-Aero partnerships with local jet fuel suppliers – will add 20,000 tonnes of aviation fuel per year to the existing relationship with VDG.
The new contract is based on an agreement signed in August 2013, which comprised refuelling of VDG aircraft  by Gazpromneft-Aero.
Gazpromneft-Aero has strategic partnerships with China National Aviation Fuel Co (CNAF), with PTT in Thailand, ENOC in the UAE, Hindustan Petroleum Corp in India, ENI in Italy and Total across Europe.
Dmitry Korpachev, head of international sales at Gazpromneft-Aero, outlined the company’s strategic vision: “Russian aviation fuel and air transport market has great development potential. According to IATA, the international market averaged 5% [annual] growth from 2007 to 2017, but the Russian market grew twice as fast.”
The alliances with foreign jet fuel suppliers, part of national energy groups, mean that cargo airlines feel “very comfortable”, said Korpachev. Gazpromneft-Aero undertakes all interaction with the airline concerning financial settlement and organisation of aircraft refuelling, entrusting local jet fuel suppliers to refuel aircraft in a given airport.
“The local supplier will use their own people, own fuel and resources, and then invoice to us and we pay them, and add a small commission.”
IATA has reported that revenue passenger-km (RPK) growth in the domestic Russia market accelerated to 10.1% in 2017 – its fastest rate since 2014. This trend will rely on the improvement of the economic situation in Russia, the growth of inbound and outbound tourism, improved airport infrastructure and national programmes for subsidising domestic flights.
Korpachev said that the Russian aviation market is now seeing steady growth after a long period of volatility. It was boosted by the recent FIFA World Cup which, he added, demonstrated that Gazpromneft-Aero has the infrastructure in place to handle peak demand.
It provided refuelling services to over 13,000 aircraft carrying World Cup visitors across five international airports located in the Russian host cities.
The company supplied 140,000 tonnes of fuel for regular, charter and special flights at Moscow (Sheremetyevo), St. Petersburg (Pulkovo), Kaliningrad (Khrabrovo), Yekaterinburg (Koltsovo) and Saransk airports, a 15% increase on average daily consumption.
Korpachev stated: “We continue to trend faster than the market and our target is to be one of the top ten international jet fuel suppliers by 2030, to increase our international sales more than fivefold to reach 1.1m tonnes, and we will also take significant steps to increase our market share in Russia to 30% from the current level of 25%.
“To achieve these goals, we have to move faster than the market and to be faster than the competitors.”
The latest deal with VDG is more than just an extension of the aviation fuel supply chain, he stated. Gazpromneft-Aero is looking to digitise the accompanying paper chain so that costs can be cut, resulting in cheaper fuel for the thirsty freighters on their way from key Asian cargo hubs to Europe and beyond.
Said Korpachev: “In-time refuelling and in-time fuel supplies have become a must for us, but in order to be future leaders we have to be more creative than our competitors. That is why we are very active in the digitisation of our company processes.”
He added that digitisation “consists of many small parts,” starting from Gazpromneft-Aero’s representation on IATA groups for digital standards (Fuel Data Standards Group), the implementation of such standards with its cargo airline customer base, with VDG, for example, using XML standards for exchanging the files in electronic docs.
But it also includes the introduction of new creative opportunities, such as a “smart contracts” based on blockchain technologies.
“It is very popular to talk about blockchain but we want to do something practical to enable our clients to use this platform and to offer new ideas, to use cash flows efficiently, have online access to the refuelling data around the world, to predict the cost of aircraft refuelling more productively.
“In August of this year, we have presented smart contracts based on blockchain technologies in Novosibirsk”
Partnership with international jet fuel suppliers belonging to large energy groups is an important part of this digital transformation: “Such cooperation allows us to spread the proposed digital solutions around the world, creating something better for our customers around the globe.
“Our aim is to give better services for our clients and to explore more opportunities in cooperation with our strategic partners.
“The fuelling processes will remain the same but the cooperation and connection between customers and suppliers will be much better and more efficient. We are only at the beginning with blockchain knowhow and technology.
Korpachev continued: “But once everyone is connected in the blockchain, then the communications with airlines for refuelling in any part of the world will be very much easier, transparent and more universal”.
“That is how we do the business. We are not copying the model of others but doing something on our own.”