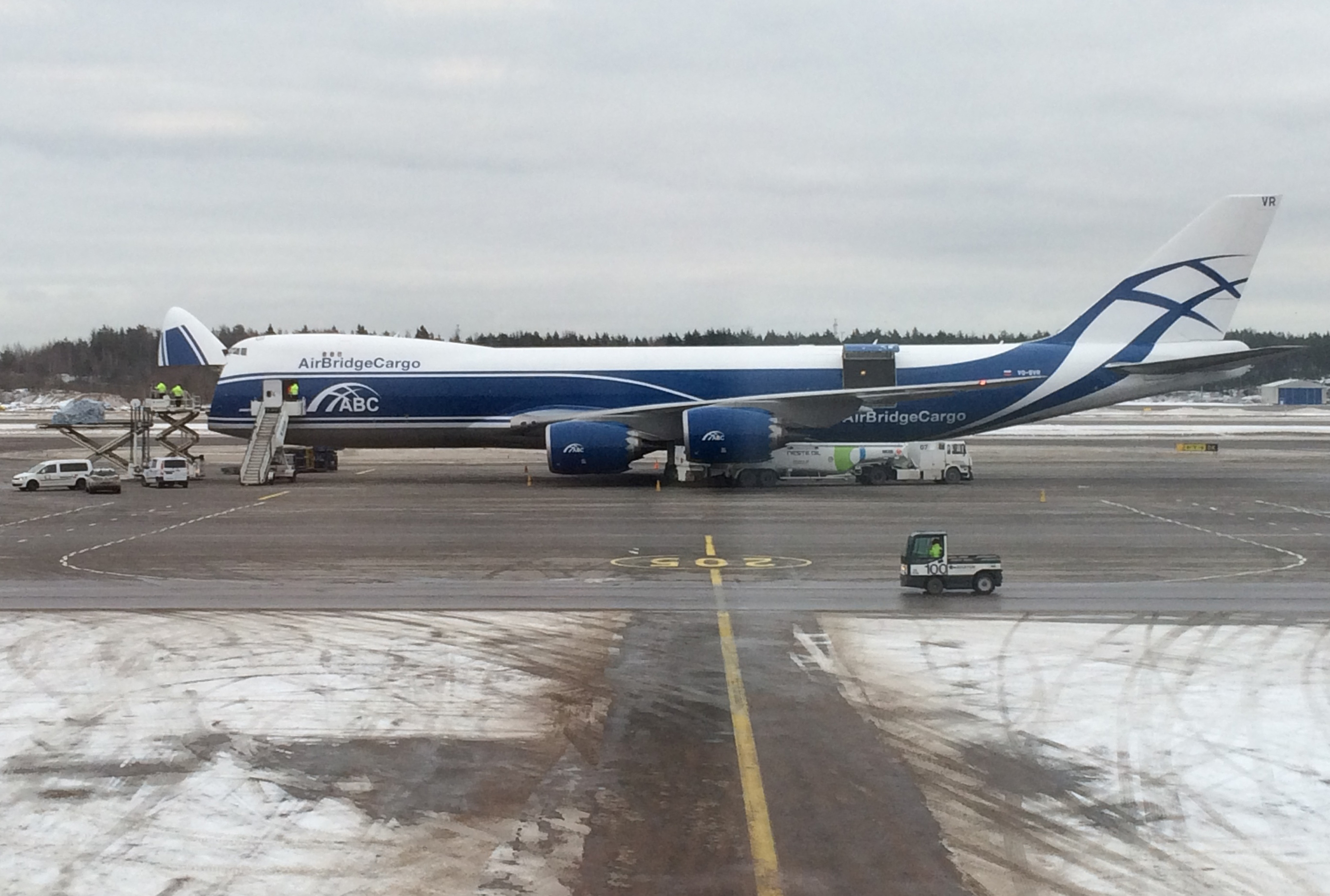 AirBridgeCargo Airlines (ABC) has added Helsinki, Finland, to its international network with a twice-weekly B747 freighter.
The flights, every Monday and Friday, will operate from Moscow’s Sheremetyevo airport to Helsinki, returning to Moscow via Frankfurt.
The Russian all-cargo carrier has also outlined its fleet upgrade plans.
Denis Ilin, executive president, told Air Cargo News: “We expect to commence operations with an additional B747-400ERF in February and with one more Boeing 737-400SF in the beginning of April.
“Beside these two aircraft, we would also like to take delivery of another Boeing 747-8F as early as September 2015, which is still to be confirmed.”
The B747-400ERF is on an operational lease from an Aircastle Co, while the B737-400SF was purchased by Volga Dnepr Group from the Aviation Capital Group and was formerly operated in Japan.
ABC livery has been already applied on the B747 after it completed a heavy check, and it is currently going through delivery process. The B737 is undergoing passenger-to-freighter conversion in Shanghai at Boeing-Shanghai facilities, as well as a C-check and full painting. These are additions to the ABC fleet and not replacements.
Explaining the reasons behind the fleet expansion, Ilin added: “This move has been done to secure our further expansion and development. This year we plan to increase our footprint in North America and to start a service to Los Angeles.”
Commenting on reports of a further two freighters in the pipeline, Ilin said: “We are considering the other two freighters but the decision will be made during the course of 2015. No further details at the moment, as it is currently still being negotiated.”
Did you find this article of interest, if so why not register for a FREE digital subscription to Air Cargo News? – Find out more