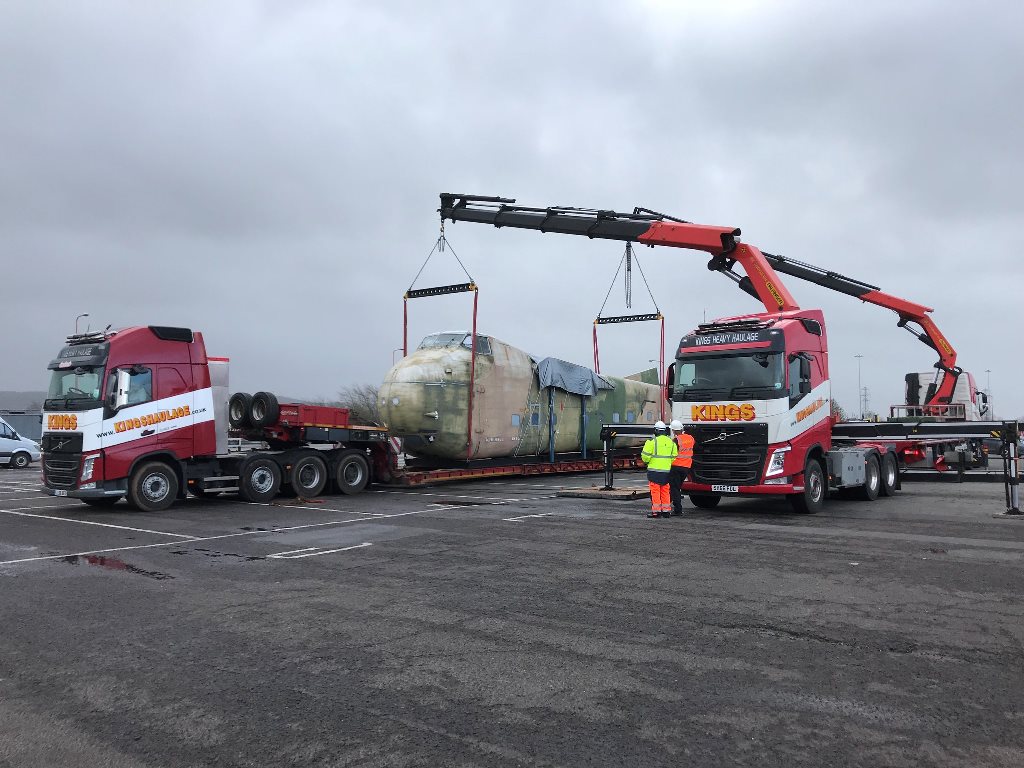 One of the last remaining Bristol Type 170 freighter aircraft has been transported from New Zealand to a museum in the UK where it will eventually go on display.
The freighter was designed and built by the Bristol Aeroplane Company, had a 108ft wingspan and featured distinctive clamshell doors that allowed cargo – including vehicles and large animals – to be loaded via its nose.
A total of 214 freighters and Wayfarers – the passenger variant – were built and delivered to airlines and air forces across the world between 1945 and 1958.
One of the remaining 11 freighters has been transported from Ardmore airfield, near Auckland, New Zealand, to its new home at the Bristol Aero Collection Trust.
The aircraft was transported on lorries at either end of its journey – in the UK by Kings Heavy Haulage – and the sea voyage took place on a Wallenius Wilhelmsen Logistics vessel, heading from New Zealand to Bristol’s Royal Portbury Docks via Singapore.
The freighter will not immediately be on public display as it will be condition assessed at a nearby hangar.