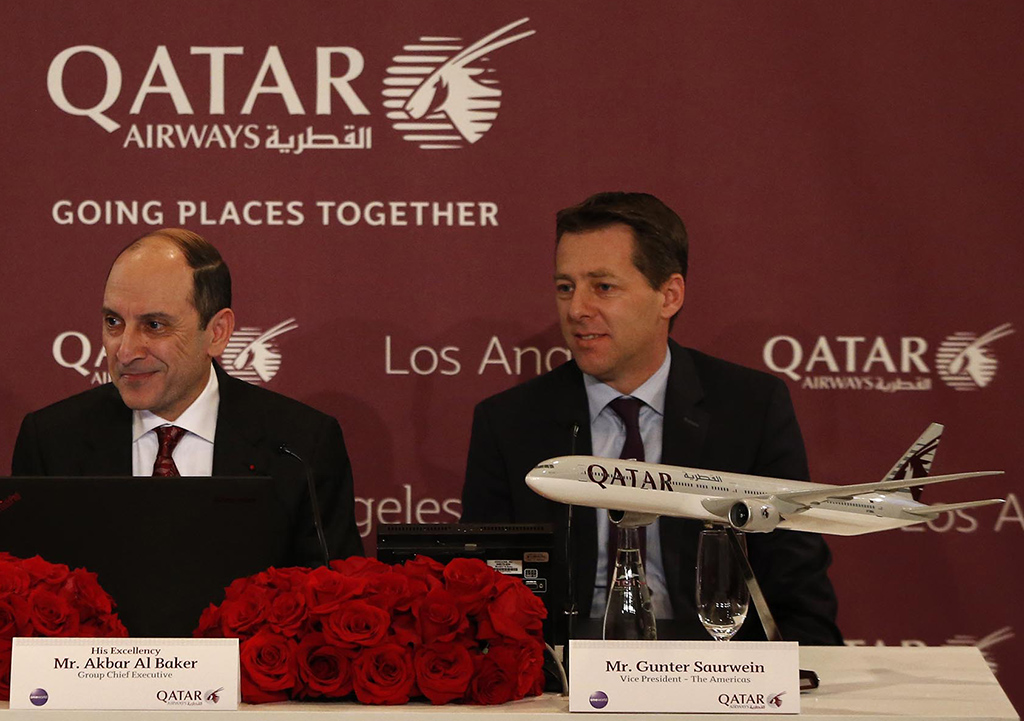 Qatar Airways will serve Los Angeles with a fourth weekly Boeing 777 freighter service from January 19, after launching the US west coast maindeck route with a twice weekly frequency to its Doha hub in April 2015.
Group chief executive Akbar Al Baker announced the Middle East carrier’s additional freighter frequency at a landmark event in Beverly Hills to celebrate the launch of a daily, non-stop B777-200 passenger service between Los Angeles International Airport (LAX) and Hamad International Airport (DOH) in Doha.
Al Baker praised the city of Los Angeles for helping to bring the airline to LAX and spoke about Qatar Airways’ ongoing growth and expansion in the US and around the world.
“Los Angeles is one of the great centres of world aviation and will become a vital component in our expanding global network,” said Al Baker.
“I’m pleased to welcome Qatar Airways’ new service between LAX and Doha,” said Los Angeles Mayor Eric Garcetti. “This new international flight will add more than $600m to our economy, boost our growing tourism sector, and support thousands of new jobs for Angelenos."
Los Angeles last week saw another Middle East Gulf carrier add to its passenger bellyhold capacity.
Dubai-based Emirates hopes an increase in frequencies between Los Angeles and Dubai will cater for fruit and vegetable exports from the US city.
The extra flight, which will be operated by an Airbus 380-800ULR, increases the airline’s daily frequencies between the airports to two per day.
Emirates said it hoped the flight’s cargo capacity would be covered by exports of fresh produce from Los Angeles.