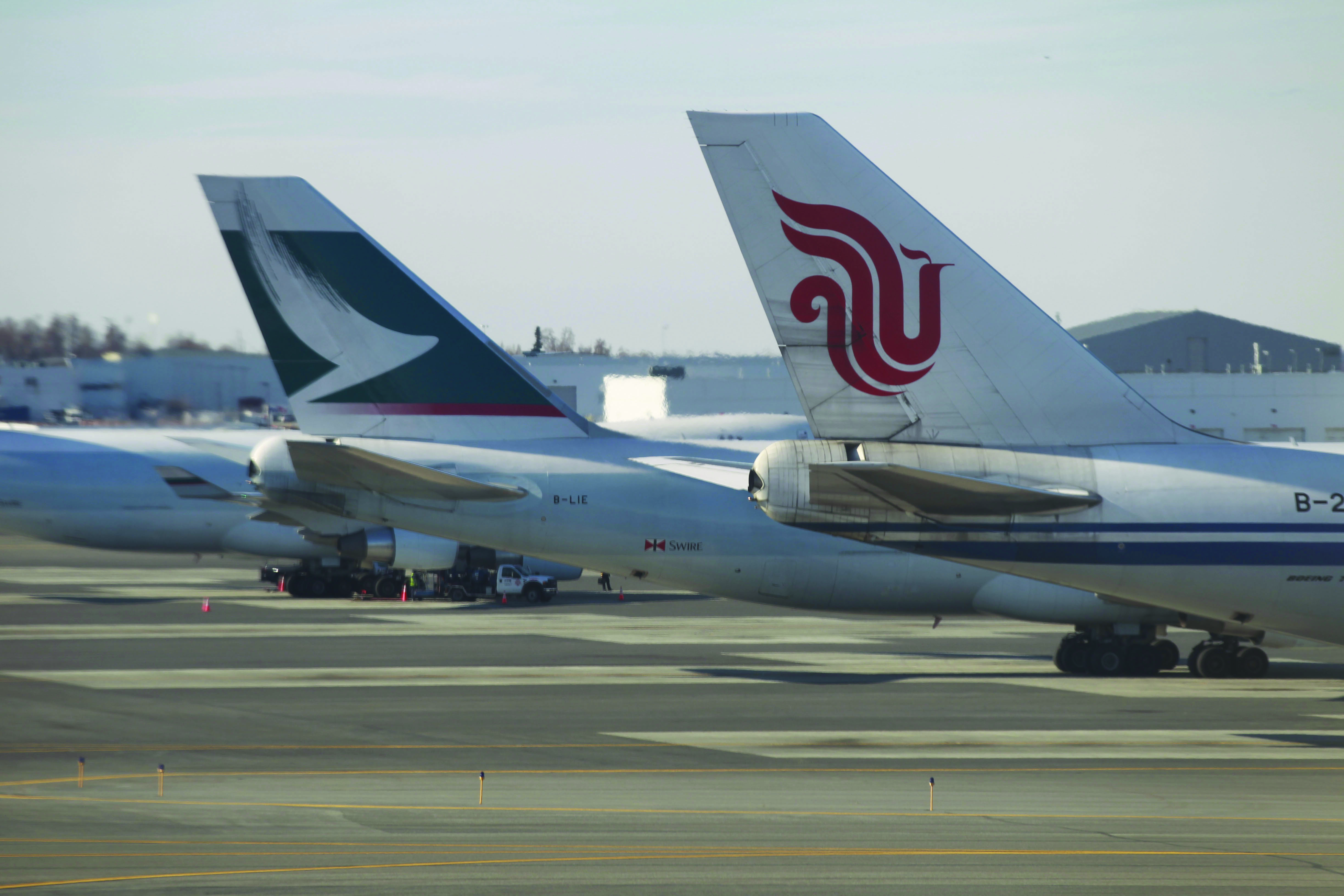 Cathay Pacific and Dragonair saw only a modest 1.5 per cent growth in cargo and mail traffic in March compared to the same month in 2014.
According to their latest traffic figures, the two carriers carried 157,688 tonnes of cargo and mail last month.
The load factor rose by 1.7 percentage points to 68.4 per cent as capacity, measured in available cargo/mail tonne kilometres, fell by 0.1 per cent. Cargo and mail revenue tonne kilometres (RTKs) flown rose by 2.4 per cent.
For the first quarter of 2015 as a whole, tonnage rose by 12.3 per cent against a capacity increase of 9.8 per cent and a 15.4 per cent rise in RTKs.
Passenger traffic in March however showed an 11 per cent increase compared to the same month in 2014.
Cathay Pacific general manager cargo sales and marketing, Mark Sutch, said that demand to Europe had remained below expectations, affected by the ongoing economic woes and the depreciation of the Euro.
But he added: “Air freight demand was generally robust throughout March, helped by the month-end and quarter-end production rush out of the key manufacturing cities in Mainland China. Once again the main focus of our business was on the transpacific lanes, with traffic into and out of North America spurred by the continuing congestion in sea ports on the West Coast of the US.”