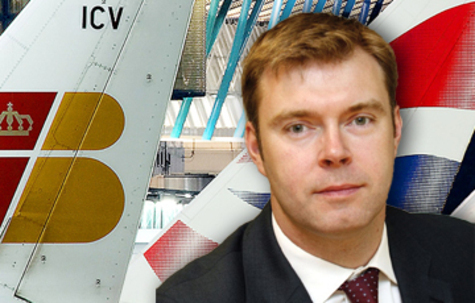 A change in freighter capacity saw IAG Cargo record a 7.5 per cent fall in commercial revenue to €992m for full year 2014, but a like for like rise of 2.4 per cent.
The decrease in flown revenue plus fuel surcharges reflects IAG Cargo’s decision in May last year to switch from a leased B747-8 freighter operation to sharing five-weekly B777F flights from Hong Kong to Stansted with Qatar Airways.
However, on an adjusted like for like basis for a directly comparable freighter operation, commercial revenue for the cargo arm of British Airways and Iberia increased 2.4 per cent versus 2013.
Also on a like for like basis, volumes of 5,453m cargo tonne kilometres (CTKs) for the year represent an increase of 6.7 per cent compared to 2013, while capacity increased by 2.3 per cent.
On a reported basis, overall yield (commercial revenue per CTK) for the year was down 3.2 per cent on 2013 at constant exchange rates.
Steve Gunning, chief executive at IAG Cargo, said: “These are strong results, built on exceptional performance for our premium product portfolio and an increase in load factors over the course of the year.
“In 2014, we delivered on our promise to lead the industry in sensible capacity management; replacing our freighters with capacity agreements on key trade lanes and launching EuroConnector, which benefits customers through time definite services and has increased narrow body usage across our European Network.”
Gunning added: “We have also been at the forefront of industry innovation. Following a sizeable investment, for example, IATA has ranked us the leading European carrier for electronic air way bill penetration.
“We have also continued to innovate around our temperature-sensitive product, winning Good Distribution Practice certification and Wholesale Distribution Authorisation for our Constant Climate Centre at Heathrow – the first such award to be made from a national authority to an air cargo carrier.
Gunning said that the 2014 results placed IAG Cargo in a strong position for 2015.
IAG Cargo intends to work in partnership with other airlines “to improve our network proposition, increase infrastructure investment and continue to provide products and services that add value to customers’ businesses.”