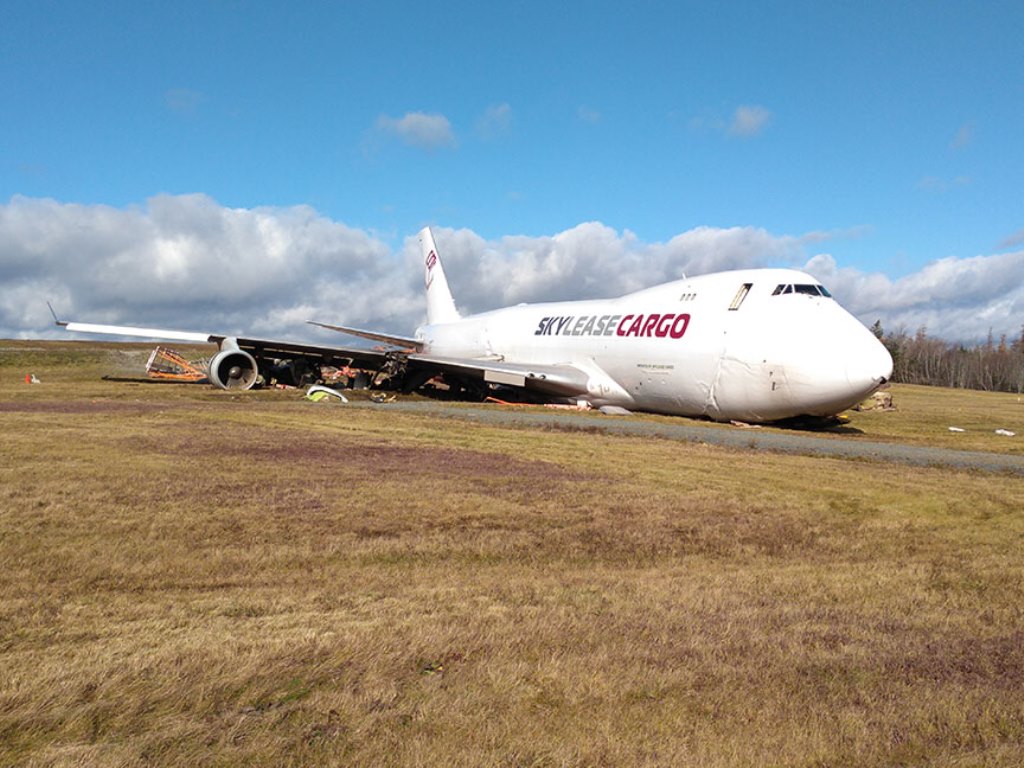 The investigation into last week’s runway overrun by a Sky Lease Cargo Boeing 747-400 freighter is underway (see images below).
The Transportation Safety Board of Canada (TSB) launched its investigation into the incident on Runway 14 at Halifax Stanfield last week and has revealed the extent of damage to the aircraft.
The TSB said the B747’s landing gear collapsed, two engines separated from the aircraft, and the remaining engines were substantially damaged.
A small post-impact fire originated from the detached number two engine, which was lodged under the tail of the aircraft.
The TSB added that the aircraft, which is owned by Lease Corporation International, came to rest approximately 210 m off the end of the runway after its arrival from Chicago O’Hare.
The aircraft had no cargo on board and the four crew members suffered only minor injuries. At the time of the incident, there was a strong westerly wind gusting at 18 knots, which would be approximately 33 mph and it was raining.
In last week’s update, the TSB said the investigation team are in the process of recovering the flight data recorder, cockpit voice recorder, along with other systems aboard the aircraft that contain flight data, which will be sent to the TSB’s Engineering Laboratory in Ottawa for analysis.
An initial examination of the accident site has been conducted and a thorough examination of the runway has also been carried out.