It’s as simple as ABC for 28 tonne motor 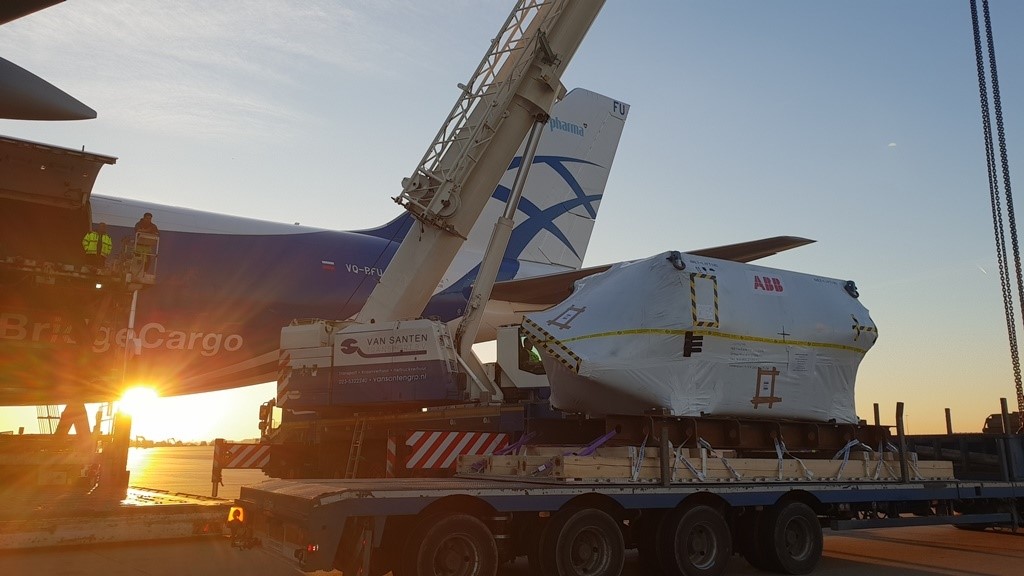 The team at AirBridgeCargo Airlines (ABC) managed to design a logistics solution for a 28 tonne motor that meant it did not need to be dismantled for loading onto a B747F.

This produced an important time saving for the customer and facilitated a faster and more streamlined loading process, said Sergey Lazarev, general director.

The ABB motor needed to be flown from Västerås, Sweden to Shanghai, China, on behalf of Greencarrier Freight Services. Specialists from the abc XL team used their expertise and knowledge to organise the unique shipment, which weighed close to the maximum payload allowed per position in the cargo hold.

They suggested leaving the 28 tonne motor on its metal beams without dismantling after they planned a precise loading scheme which allowed the gross weight to be slightly lowered and leaving the shoring and motor intact.

The oversized shipment was trucked from Västerås to ABC’s online station in Amsterdam for loading onboard one of the airline’s Boeing 747 freighters.

AirBridgeCargo has been developing its specialty products and services, offering customers dedicated air freight solutions. In the first two months of 2019, the company’s abc XL volumes have increased nearly three-fold, with plans for the further development of dedicated abc XL hubs within the ABC network, active implementation of 3D simulation software, certification of specialists, and improvements to customers’ digital experience.