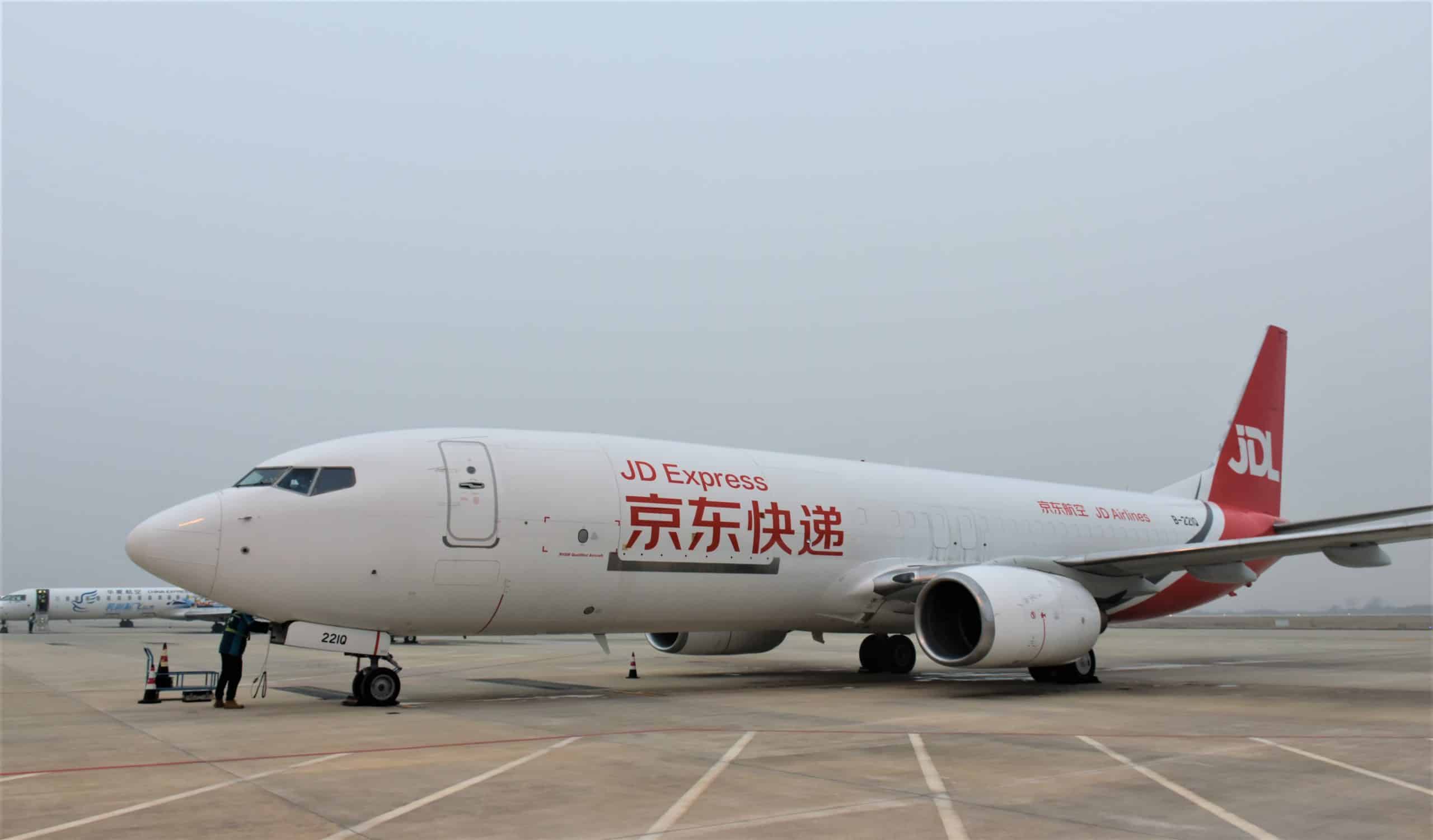 The inaugural Beijing-Wuhu-Nantong flight was taken by a Boeing B737-800F, landing in Wuhu Xuanzhou Airport on the morning of December 28.

The route is expected to improve the logistics transportation efficiency in east and north China, enabling the collaboration of JD Logistics’ Asia No.1 logistics parks in Hefei and Wuhu, and satellite warehouses in their neighbouring areas.

The inaugural flight of the Shenzhen-Wuxi route took off from Shenzhen Bao’an International Airport in the early morning of December 30.

JD will operate the route six times a week with daily transportation capacity of up to 15 tons.

JD received an air carrier certificate from the Civil Aviation Administration of China (CAAC) in September.