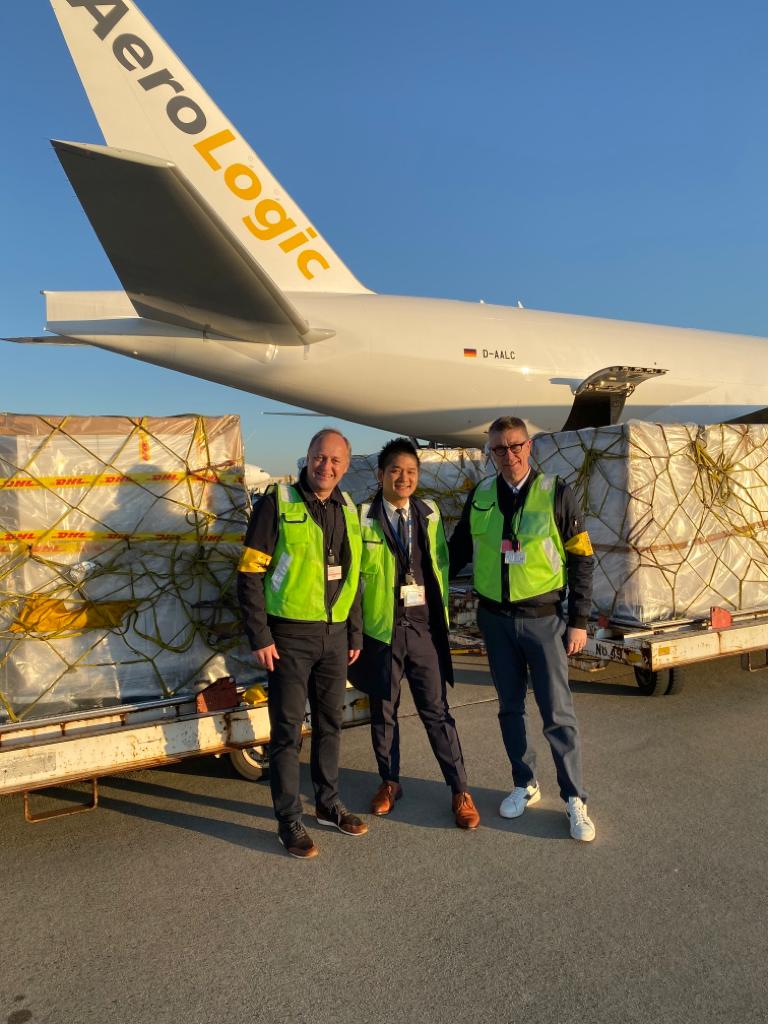 Three separate consignments were required to transport the required volumes: two full charters, plus another shipment. The two charters arrived at Narita on November 5 and 12 respectively.

Kim Van Assche, VP sales Europe at DHL Aviation, noted: “Through our partnership with Aero Cargo France, our GSA representative in France, we take pride in our direct customer engagement.

“During the 2019 Beaujolais Nouveau season, DHL & Aero Cargo not only used DHL’s five weekly Narita flights to promote our network to Beaujolais customers in France, we also ensured a full end-to-end customer service delivery through a flight arrival event at Narita Airport to mark the arrival of the first 90 tons of this year’s Beaujolais season.”

Collaborative work between the partners to set up the shipments began much earlier this year, with a contract signed in July.

“Thanks to good relationships with Nippon Express and the trust that DHL Aviation has in us and in our ability to optimise the way in which Beaujolais is marketed, this operation was a great success.”

“The main difficulty is the natural factor, which is by definition beyond control. Indeed, the availability of the wine with sufficient time for all the logistics required before the air shipment is the crucial point. But this year, nature was on our side and all worked well,” he added.

Qatar Airways Cargo has added flights between Vietnam and France, and to and from Scandinavian cities Copenhagen, Oslo and Stockholm….