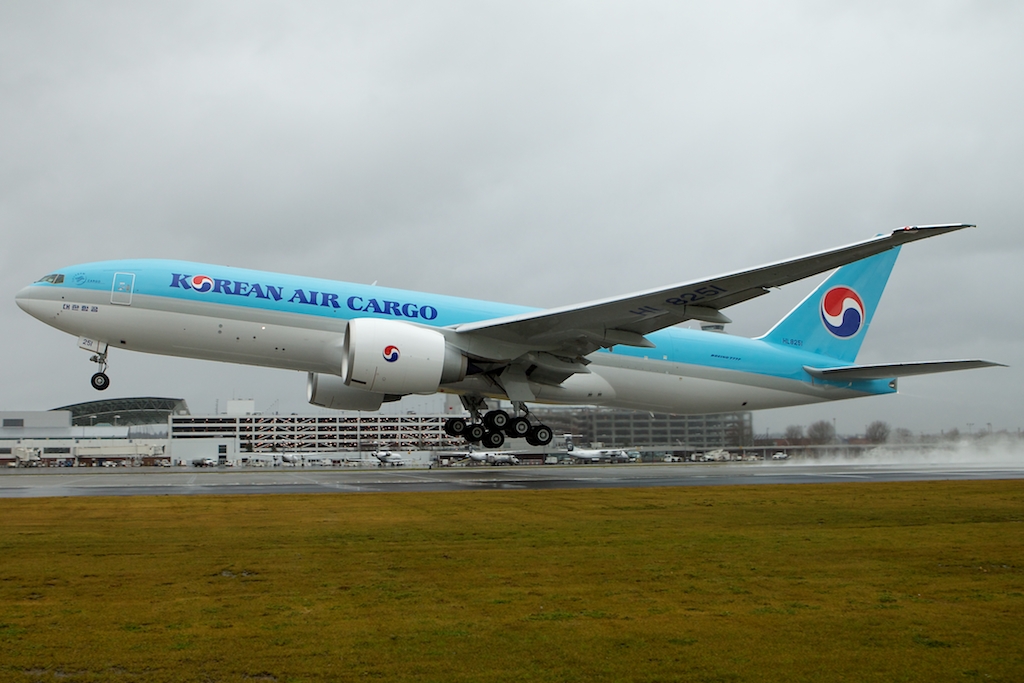 Korean Air Cargo has over the last few months made changes to its freighter network to mirror a shift in production sites to Southeast Asia.

The airline said that in May it had re-launched cargo flights to Manila and in August it added services to Bangkok.

While Korean Air had used its passenger aircraft to transport freight on the Manila and Bangkok routes, the demand for air cargo has shown a “continuous rise as global companies shift their production bases to Southeast Asia”.

Against this backdrop, the airline decided to operate cargo flights on these routes to capitalise on the rising demand, including items such as IT devices, automobile parts, and hard disks.

In May, Korean Air also launched a freighter route on an Incheon – Xi’an – Hanoi rotation and increased freighter capacity on its Incheon – Hanoi – Delhi – Vienna – Milan service from three to four times a week.

“The added frequency has expanded air cargo transportation on these routes, carrying items such as mobile phones from Hanoi to Delhi, garments from Delhi to Vienna and Milan, and electronic devices from Xi’an to Hanoi,” Korean Air said.

“To cope with global economic uncertainties such as the prolonged trade dispute between the US and China, Korean Air will continue to strengthen its competitiveness in the cargo business by developing new markets and attracting new demands,” it added.

In addition, on August 23, the airline increased its South America service from two to three flights per week. The South America-bound B777F departs Incheon and returns to Incheon via Anchorage, Miami, Sao Paolo, Santiago, Lima and Los Angeles.

The route is the longest distance among Korean Air flights, taking nearly 70 hours to return to Incheon after departure.

The outbound flight from Incheon will ship mostly manufactured goods such as mobile phone parts and automobiles.

In Miami during transit, electronic parts bound for Brazil and aircraft engines will be loaded. The returning freighters are filled with fresh cargo from Chile, Peru bound for Asia such as salmon, cherries, asparagus, mangoes and blueberries.

“In addition to its route to South America, Korean Air will also focus on exploring overseas cargo markets by actively utilizing the Fifth Freedom, beyond the air cargo demands formed around Korea,” the airline said.

In contrast, the airline has cut its domestic services to reflect weaker demand.

I have been writing about the freight and logistics industry since 2007 when I joined International Freighting Weekly to cover the shipping sector. After a stint in PR, I have gone on to work for Containerisation International and Lloyds List - where I was editor of container shipping - before joining Air Cargo News in 2015. Contact me on d.br[email protected]
SUBSCRIBE TO AIR CARGO NEWS