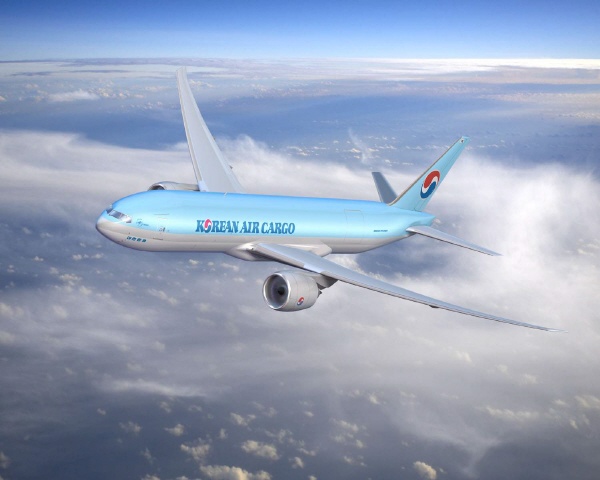 Korean Air will launch a three times a week Boeing 777 freighter service between Incheon and Delhi from July 17.
The Asian carrier currently operates direct passenger flights from Incheon to Mumbai and Delhi, three and five times a week respectively.
In a statement, Korean Air said: “The decision to introduce the cargo flight accompanies the South Korean government’s new diplomatic strategy to strengthen partnership with India, and rapid growth of the Indian market. Korean Air will operate its Boeing 777F freighter three times a week (Tuesday/Thursday/Saturday)."
The flight will depart at 11:10 PM from Incheon, make a stop at Hanoi and arrive at Delhi at 6:15 AM the next day. From Delhi to Incheon, there will be two stops at Vienna, Austria and Milan, Italy.
“Demand for air cargo from Asia to India has shown a sharp boost recently; an average of 6.5% annual increase in the last three years,” a Korean Air spokesperson said. “We are anticipating new demand and improved profitability through optimized cargo routes.”
Read more freighter operator news
Sign up to receive Air Cargo News direct to your inbox for free