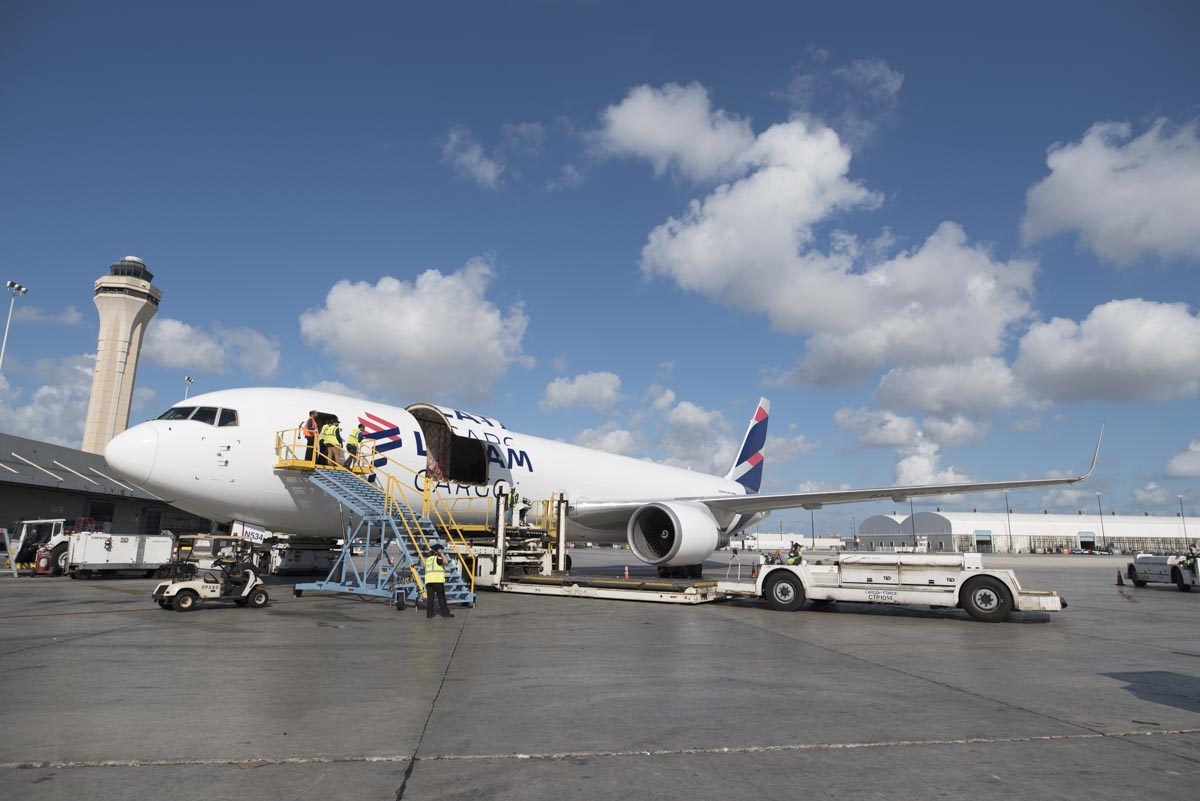 LATAM Cargo has launched services from Europe to the US for the first time, as capacity on the trade has been reduced due to the coronavirus outbreak.

The airline will offer a twice-weekly service from Frankfurt to Miami. It is expected to carry pharmaceuticals, auto parts and electronic products, among others, from Europe. From Miami, the airline offers links to Lima, Bogota and Buenos Aires.

Figures from Accenture’s Seabury Consulting show that air cargo capacity on the transatlantic westbound has been reduced by 61% on a year ago, while in the opposite direction there is a 52% reduction.

This is due to passenger carriers axing services in response to the coronavirus outbreak.

LATAM Cargo said the new service is part of a series of modifications to its itinerary and operation to increase its transportation capacity and mitigate the decrease in belly supply.

“After this implementation, LATAM Cargo went from seven to nine weekly frequencies offered between Europe and America, almost doubling capacity compared to the itinerary prior to the pandemic,” the carrier said.

The other seven frequencies to Europe follow the Quito – Miami – Amsterdam route (this service does not go directly back to the US from Amsterdam).

“This way, Amsterdam is positioned as the main gateway to the European continent for the exporters of perishable goods in Latin America (Chile, Peru, Ecuador, Guatemala and Brazil).

“The inbound trips for the seven frequencies begin in Frankfurt (Germany) and end in Latin America, positioning this city as the main exit door for medical supplies, electronics, auto parts and general cargo, among other types of goods intended to reach Latin America.”

Other measures include multiplying cargo capacity between Santiago and Miami by five, going from 6 to 31 weekly frequencies in order to cater for salmon exporters.

The company also launched the Santiago – Los Angeles route for cargo transportation. Los Angeles is a city with strategic location for salmon, serving as a connection center to reach the Asian continent.

Also a route from Mexico City – Lima – Santiago route was launched to cater for technology products, spare parts and health-oriented items to South America. In addition, connectivity from Miami to South America was increased by 15%, going from 23 to 26 frequencies.

The company has also started using passenger aircraft exclusively for cargo transportation on a regular basis.

“This occurs both in international and domestic routes using different aircraft, including B777, B787, B767, A320 and A321,” LATAM Cargo explained.

“In some cases, seat containers have been used in order to optimise cargo transportation capacity in passenger aircraft. Through this strategy, LATAM Cargo complements the capacity offered by its exclusive cargo fleet, consisting of 11 B767Fs.”