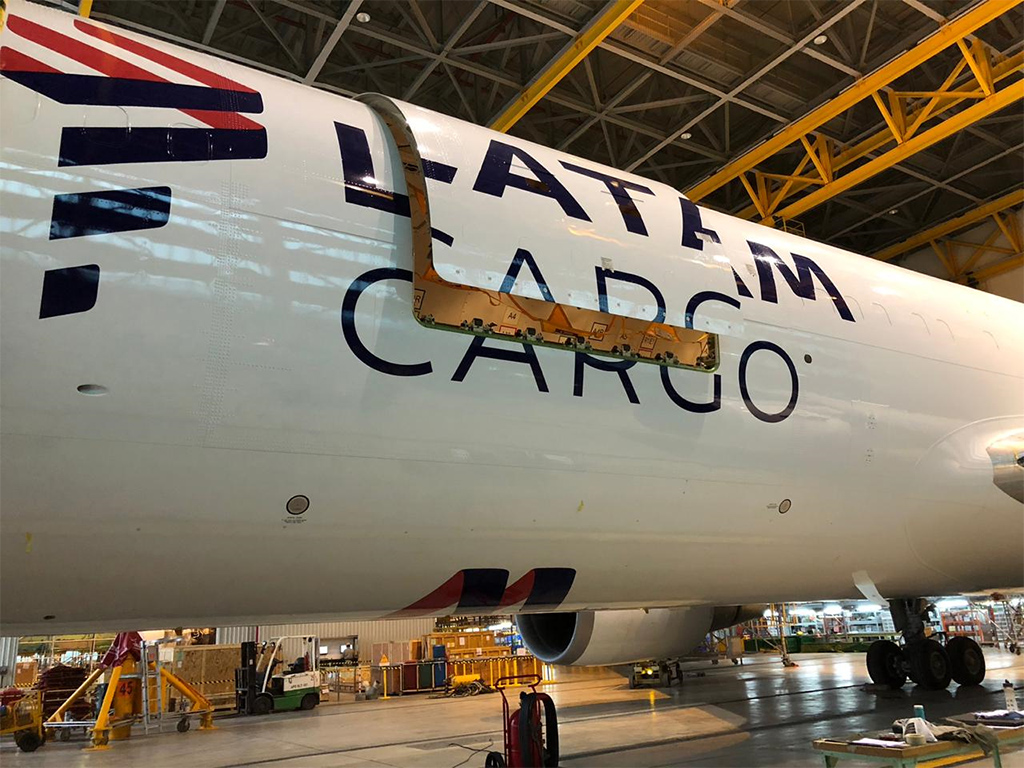 LATAM Cargo has taken delivery of its first converted Boeing 767 freighter, the first of three for the South American airline.
The newly delivered 50 tonne capacity 767-300BCF (Boeing Converted Freighters) aircraft will operate primarily in South America, Central America and Europe.
The remaining two B767BCFs will be delivered in 2019 and 2020, at which point the carrier will have a fleet of 12 B767F aircraft.
LATAM Cargo signed a contract one year ago for the conversion of three 767-300ER (Extended Range) passenger aircraft to 767-300BCFs.
The changes are part of the company’s new strategy announced in April of this year, which is based on a “uniform, robust fleet of 767-300F freighters” while removing its last two Boeing 777-200Fs which were sold to Atlas Air in March 2018.
Andrés Bianchi, chief executive of LATAM Cargo, said: “This new addition to our fleet strengthens our presence in Latin America by reinforcing our cargo operation and supplementing our passenger network.
“This aircraft, together with the other two B767BCF that will be delivered over the next two years, clearly attests to LATAM’s commitment to the region’s cargo markets.”
Earlier this month, LATAM Cargo launched a Colombia-US B767-300 freighter operation for freight forwarder Panalpina. The new weekly route operates between Bogota and Huntsville.
A LATAM airline spokesperson added: “Migrating towards a uniform B767F fleet allows LATAM Cargo to better adjust its itineraries to the size and seasonal fluctuations of the South American cargo markets and gives it greater flexibility in terms of routes and operating frequency while enhancing its operational reliability and strength.
“Maximizing the use of our network is key, given the big expansion plan the Group has implemented in this area. Just over the last three years, the company has launched 67 new routes to connect the region to the world, with more than 140 destinations in 25 countries.”