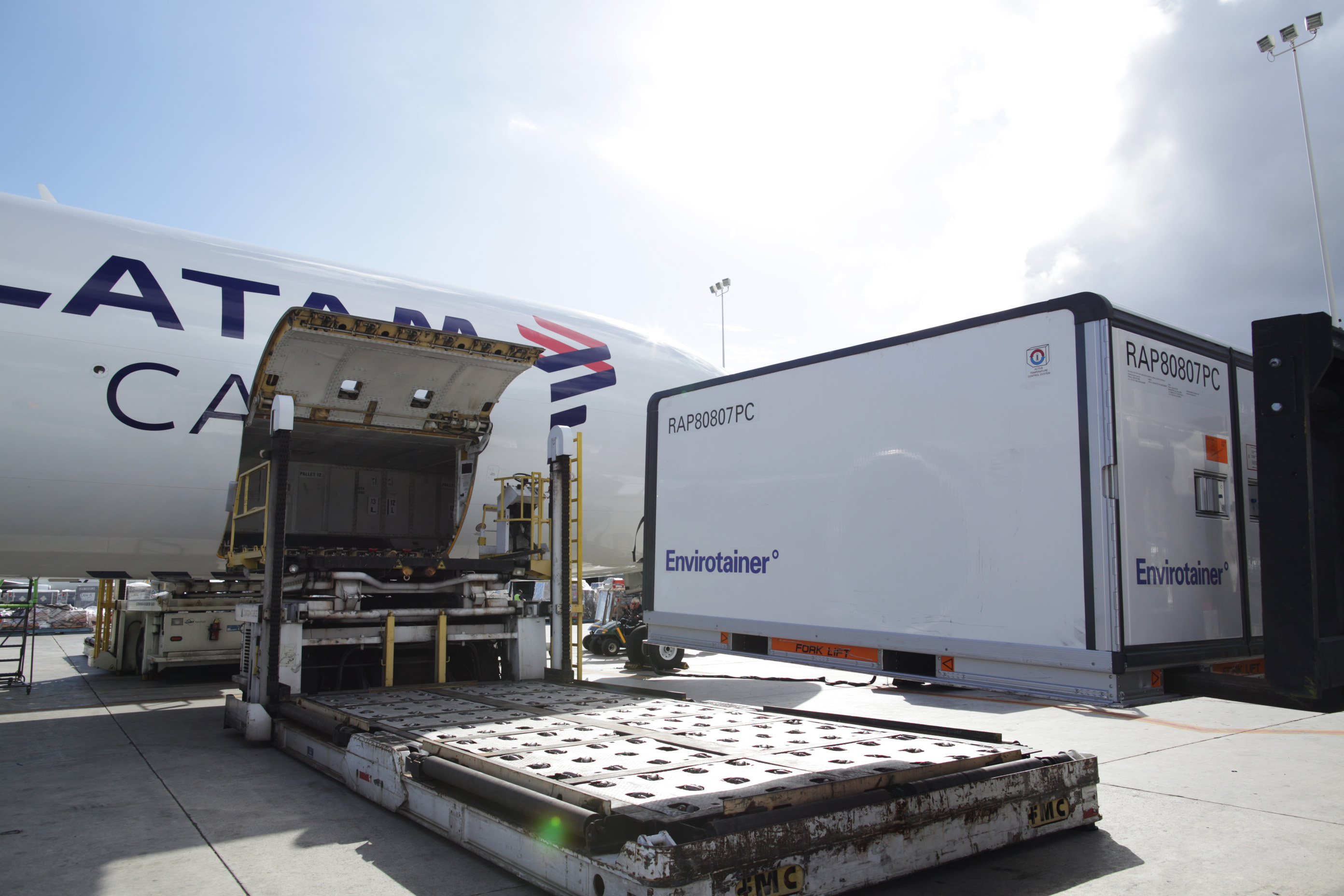 LATAM Airlines saw 2018 second quarter cargo revenues increase 16.8%, driven by a recovery in both imports and exports in the region.
The Chilean-based carrier saw cargo revenues for the three months ended June reach $299.7m, helped by a 6.7% increase in cargo yields, mainly due to a better demand environment and the ending of a Brazilian truckers strike.
LATAM Cargo currently operates a fleet of ten Boeing 767-300Fs, after selling its two Boeing 777-200 freighters to US lessor Atlas Air in March this year.
A spokesperson for LATAM, South America’s largest cargo carrier, said: "The cargo load factor reached 54.9%, an improvement of one percentage points compared to the second quarter 2017. Imports from North America and Europe to Brazil and Chile showed an improvement in terms of revenues per available ton km (ATKs), driven by higher imports of electronics and capital goods.
"Export markets are also showing a recovery year over-year, driven mainly by salmon exports from Chile. As a result, cargo revenues per ATK improved by 8.7% in comparison to the same quarter of the previous year, consolidating and further improving the positive trend shown since the beginning of last year. Cargo capacity, measured in ATKs, rose 7.5% in the second quarter of 2018."
LATAM expects cargo ATKs to grow between 1% and 3% for full year 2018. In June, it added a direct route from US hub Miami to the Chilean cites of Antofagasta and Santiago with a twice weekly 50-ton capacity B767F. In the same month it implemented the new end-to-end cargo management system, CROAMIS.
The airline today also announced that it will outsource its ground handling services at the airports of Guarulhos in Sao Paulo and Galeao in Rio de Janeiro, saying that the decision is in line "with a worldwide trend of hiring specialized services for non-core activities," without going into details on whether this will affect cargo.
Total LATAM passenger and cargo revenues in the second quarter totalled $2.4bn, a 3.7% increase over like period  in 2017. Passenger and cargo revenues accounted for 83.0% and 12.7% of the total operating revenue of the quarter, respectively.
During the quarter, the company faced a cabin crew strike in Chile and was also impacted by a general trucking strike in Brazil, resulting in a total operational margin impact of $38m.
In May this year, Brazil ratified the Open Skies agreement with the US, previously ratified by the US.
Said a spokesperson of the Open Skies agreement: "This is another step towards the implementation of LATAM’s joint-business agreements (JBAs) with American Airlines and IAG (British Airways and Iberia), which are only pending the authorizations from the Chilean antitrust agency (TDLC) and the Department of Transportation in the US."
Read more freighter operator news
Sign up to receive Air Cargo News direct to your inbox for free