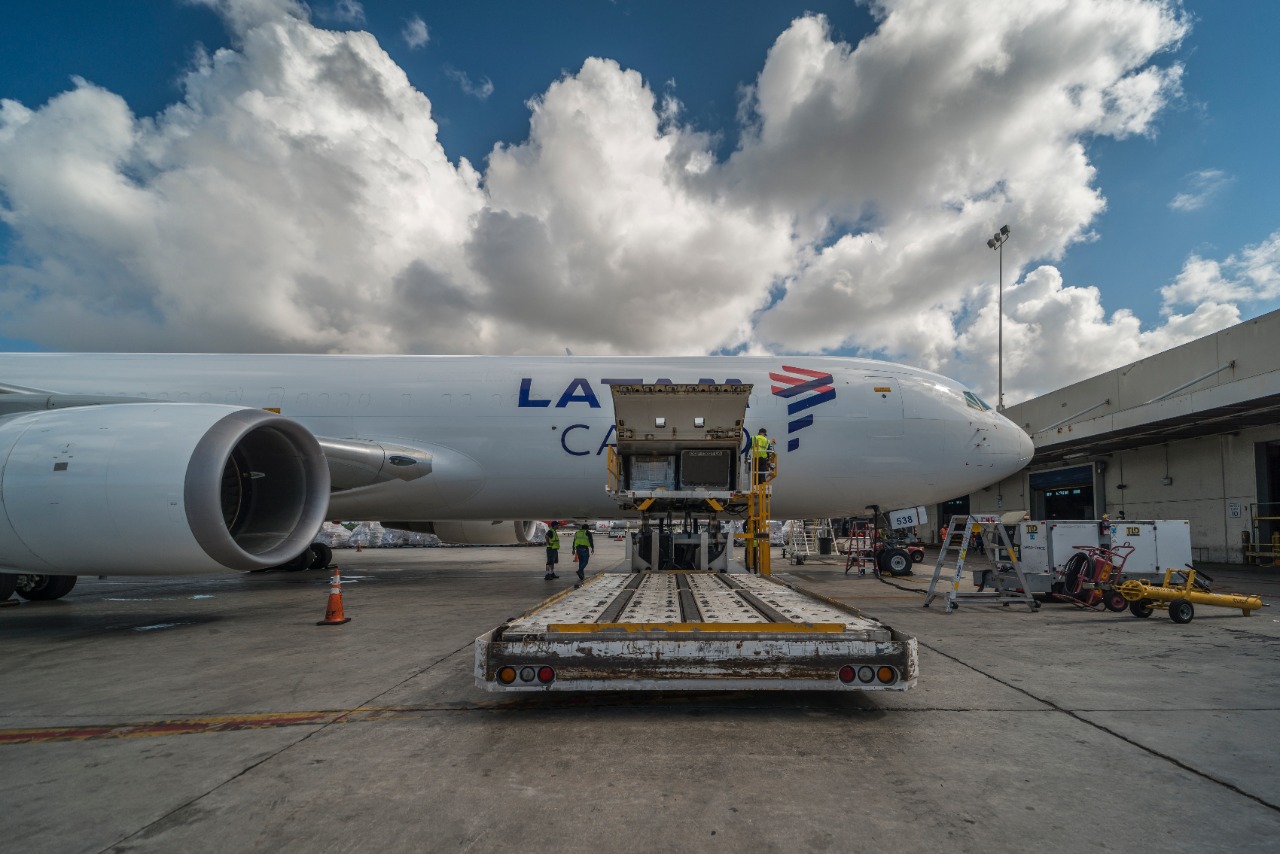 LATAM Cargo has received the second of 10 B767 converted freighters ordered as part of plans to expand its cargo business.

The latest addition (CC-CXE) increased the group’s freighter fleet to 13 aircraft with another eight due to be delivered by the end of 2023.

The aircraft will initially serve the markets of Colombia, Brazil and Central America.

“With the arrival of the growth plan’s second freighter, LATAM’s cargo subsidiaries provide a solution appropriate to the current needs of their clients in terms of capacity, connectivity and service from, to and within South America,” said Kamal Hadad, alliances and network director at LATAM Cargo.

“Fulfilling the growth plan despite the uncertain scenario generated by the pandemic in the industry reflects the commitment of LATAM and its cargo subsidiaries to the region’s importers and exporters of providing them with more and better options for taking their products to their relevant markets.”

Hadad added: “Growing with Boeing 767 freighters is a significant advantage, as it is the optimal plane in terms of size, volume and versatility. Additionally, using one type of aircraft generates relevant efficiencies.”

The conversion took four and a half months and was carried out in Singapore as part of the Boeing conversion programme conducted by the SASCO MRO.