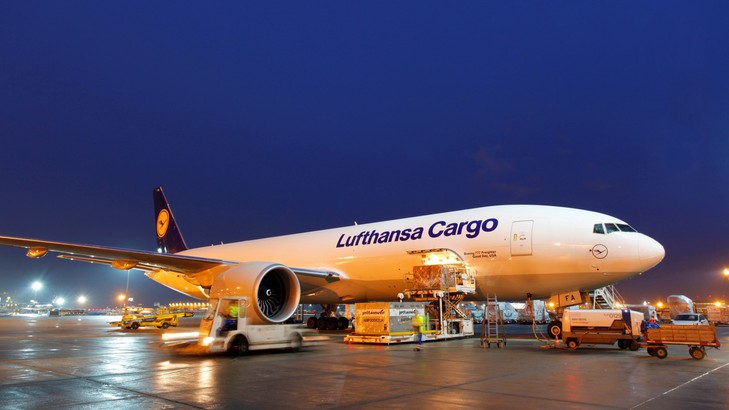 Lufthansa Group’s decision-making bodies have approved Lufthansa Cargo’s operation of two new Boeing 777Fs ordered in May, which will initially be used to increase capacity.
Although it had largely been assumed when the aircraft were ordered that the aircraft would be operated by Lufthansa Cargo – the press release even included quotes from the cargo division pointing out the fuel savings the B777F offered over existing MD-11Fs – it had not actually been confirmed who would manage and operate the aircraft.
“We are thrilled to soon be welcoming two brand-new freighters to our B777F fleet," said Peter Gerber, chief executive.
"This major investment in the future of Lufthansa Cargo has been made possible by last year’s outstanding results.
"This is a fitting reward for the tremendous efforts of all Lufthansa Cargo employees and emphasises that we have taken the right course at an early stage."
The jets are expected to arrive in Frankfurt in February and March.
The new aircraft will enable a modernisation of the fleet and are expected to replace MD-11F freighters in the long term
Given how well the market is performing at the moment, Lufthansa Cargo will continue to operate some of the MD-11Fs earmarked for retirement for the time being to meet demand.
“This allows us to fully participate in the market growth but respond flexibly to signs of change,” said Gerber. “Accordingly, we will decide on when to phase out individual MD-11Fs based on the market situation. Our strategic goal remains to operate a solely B777F fleet going forward.”
Read more freighter operator news
Sign up to receive Air Cargo News direct to your inbox for free