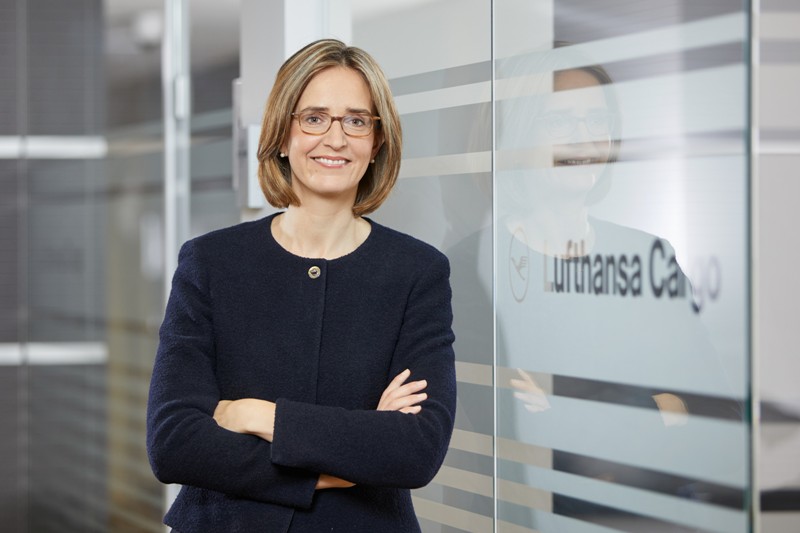 The newly appointed chief executive of Lufthansa Cargo, Dorothea von Boxberg, is expecting another good year in 2021 but adds that rates are likely to cool in the second half.

Lufthansa Cargo yesterday announced a record adjusted operating profit of €772m, more than double the previous record of €342m in 2010.

The “extraordinary results” were because of “extraordinary circumstances”, von Boxberg said, with profits largely driven by high rates as a result of the loss of bellyhold capacity. Reduced costs also played a part.

“It’s been a great year. We love to have those results, we are proud of it and we are happy to be able to contribute to the group,” she said.

“We know that it won’t last forever, but how long it lasts is of course a question we think about.”

Looking ahead, von Boxberg expects demand to remain strong this year. She pointed out that volumes from China began to thrive at the end of last year, US inventory levels remain low and business confidence in Europe is high.

In terms of sectors of importance for Lufthansa Cargo, the automotive industry recovered at the end of last year, pharma volumes continue to grow and cross-border e-commerce demand continues to rise – last year this sector increased by 10% and is expected to return to 20% growth next year.

However, the capacity situation is expected to change this year and Lufthansa is expecting its passenger operations to begin to pick up in the second half of the year.

“For this year, we can say that we will have a good year in airfreight again although it will probably not quite stay at the record levels we have seen in the past months.”

As well as the return of belly capacity, the industry will need to manage the freighter capacity that has been added to the market over the course of the last 12 months in response to lost bellyhold space.

However, von Boxberg is hopeful this will not create overcapacity in the market.

“After good years, of tight capacity comes the bad years, from an airline perspective, with overcapacity,” she said.

“But in this case, I am not so sure it will happen so quickly because there is so much expensive capacity in the air.

“There are also freighters that have been in the desert for many years and not used and now all of them are back in the air flying.

“I think there is a lot of old tech, or expensive capacity in the air that will go out first and that means that I wouldn’t expect strong overcapacity anytime soon.”

However, the return of passenger operations is expected to take the heat off the current market prices.

Von Boxberg said: “There is [currently] a big discrepancy between growth in capacity and growth in demand and as capacity comes back, which we hope for and expect to in the second half of this year, of course rates will go down.

“That is highly likely and that is what we expect and what we have budgeted. What exactly the levels will go back to, that is again hard predicted. They were very low in 2019, so maybe not back to those levels.”