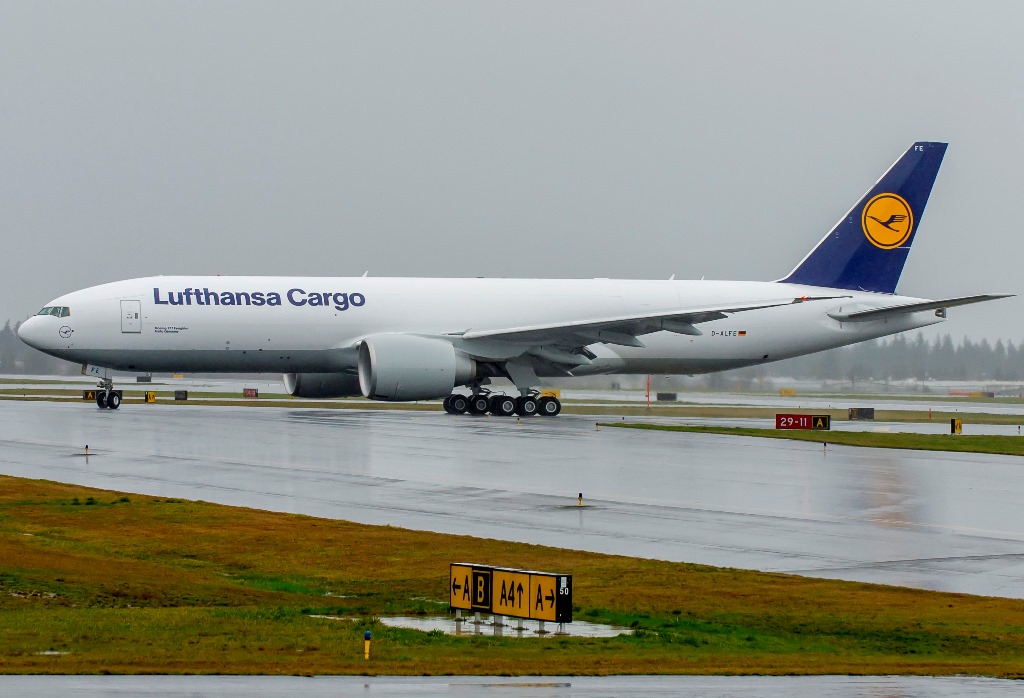 Lufthansa Cargo has revealed its summer airfreight schedule with Moscow, Ashgabat, Baku, Doha, Seattle and Los Angeles added to its service offering.
The German carrier said that since the start of March, an MD-11 freighter had been operating on a rotation of Frankfurt, Domodedovo, an existing destination, Moscow, Ashgabat and Baku.
It will also fly an MD-11F to Doha every Friday and add a direct flight from Frankfurt to Seattle and onto Los Angeles.
It will also upgrade its Frankfurt, Tokyo and Seoul flight to a Boeing 777 freighter. It’s Frankfurt-Hong Kong operation will become daily – six of the flights will be operated by Lufthansa Cargo with a MD-11F and one by sister company Aerologic with a B777F – instead of four times a week.
Frequencies to Ho Chi Minh City will double from one to two weekly services.
All these changes will be in effect from March 27.
While these destinations are being added to the freighter schedule, Quito (UIO), Aguadilla (BQN) and Bogota (BOG) will only be served by extra sections (ad hoc) and it is no longer flying to Chongqing.
While it is not known how these additions will affect current services, the German cargo carrier has laid-up two MD-11Fs this year in response to market conditions.
One of the freighters was used to cover out-of-action freighters and for charters, while the other was used on scheduled services.
Lufthansa Cargo was also keen to promote the additional new services it will be able to provide through the belly capacity of Lufthansa and expanding Eurowings.
Lufthansa has been flying an Airbus A340 to Panama City five times a week since March 2 and will serve San José, California from July.
Lufthansa Cargo is also selling the cargo capacities of the Eurowings’ new long-haul fleet, which initially faced some start-up issues.
An Airbus A330 already serves Varadero, Punta Cana and Puerto Plata from Cologne. Phuket and Bangkok will be added from the end of March, along with Cancun and Mauritius from May, Boston from June and Miami from September.
Frequencies to Shanghai will also increase, with Austrian Airlines serving the Chinese metropolis from Vienna five times a week initially from April and then daily with a Boeing 777 from May.