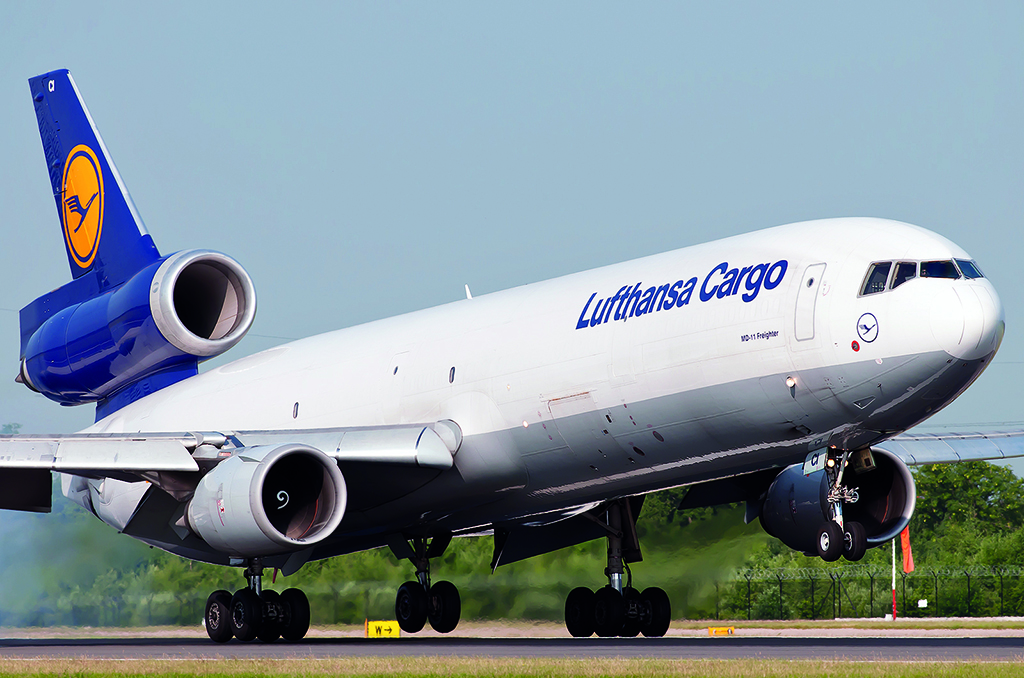 Lufthansa Cargo has confirmed that it will retire two MD-11 freighters in 2019, as part of a long term strategy to modernise its all-cargo aircraft fleet.
A spokesperson for the German carrier said that MD-11F disposal will take place “in the second half of 2019,” adding: “And we will offer them to the market.”
Lufthansa Cargo stated that it will use the two B777Fs it is taking delivery of this year as additional capacity, the airline’s chief executive Peter Gerber told sister title DVZ earlier this month.
“We are delighted to be in a position to put four brand-new freighters [its joint venture airline AeroLogic will also receive two B777Fs this year] into operation this year. This will effectively modernise our own fleet at our Frankfurt Airport base and further boost our efficiency and reliability.”
In the same interview, Peter Gerber told DVZ that the two new aircraft will eventually act as replacements for its older MD-11s.
“We know that in the end we only want to have B777, and the MD-11 is out, but we will continue to fly it as long as business opportunities are there,” Gerber said.
Lufthansa Cargo’s website lists its current fleet as 12 McDonnell-Douglas MD-11Fs and five B777Fs.