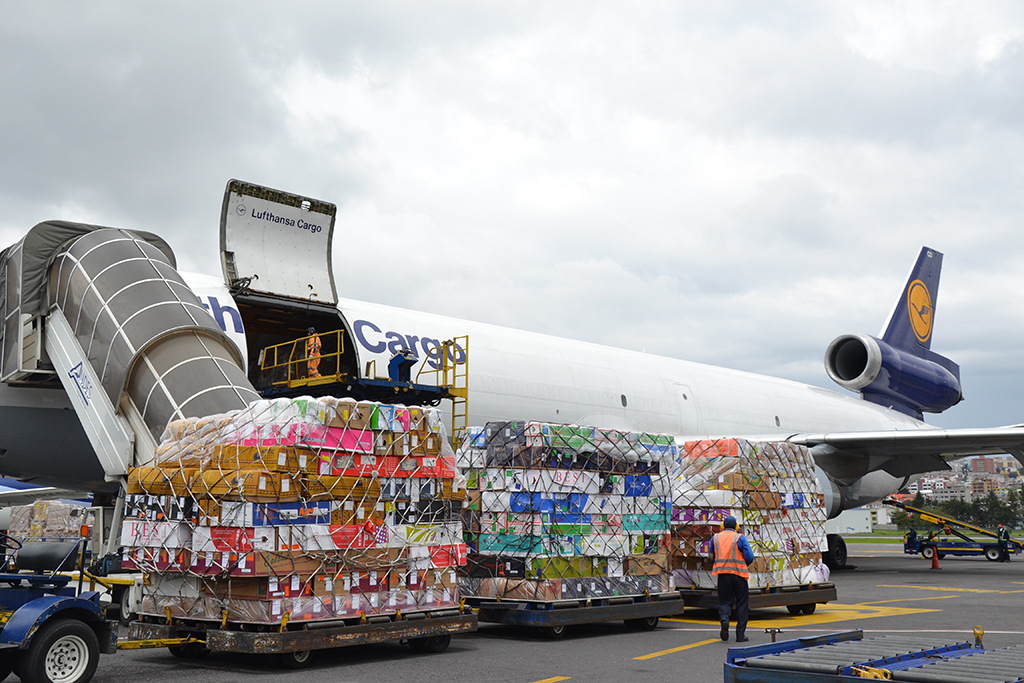 Lufthansa Cargo is to transport 900 tonnes of roses to Europe for Valentine’s Day.
To serve the especially high import demand around Valentine’s Day, Lufthansa Cargo transport will transport 900 tonnes of the long-stemmed flowers on the Quito–Frankfurt, Bogotá–Frankfurt and Nairobi–Frankfurt routes this year – equivalent to some 10m individual roses.
The roses are being imported over a period of around three weeks.
Said a spokesperson for the German airline: "Most of the roses begin their journey in Bolivia, Ecuador or Kenya. These countries have the ideal climate for cultivating these flowers and the best growing conditions all year round.
"To ensure these floral tokens of love reach their recipients in full bloom, they must be transported quickly and carefully at a constant temperature of two to four degrees Celsius along the entire logistics chain.
"Europe’s leading cargo airline has developed the special Fresh/td product specifically for the transportation of perishable goods such as flowers and food."
The roses are harvested several times a day at the flower farms in Africa and South America and then immediately placed in water and cooled. Following sorting and packing, the flowers are taken directly to the airport and loaded onto the freighters.
The flowers remain in Frankfurt Airport only for a short while. Just a few hours after landing, the roses are transported onwards from this city on Germany’s Main river out into all of Europe – primarily to other German cities, but also to neighbouring countries, including Austria and Switzerland.