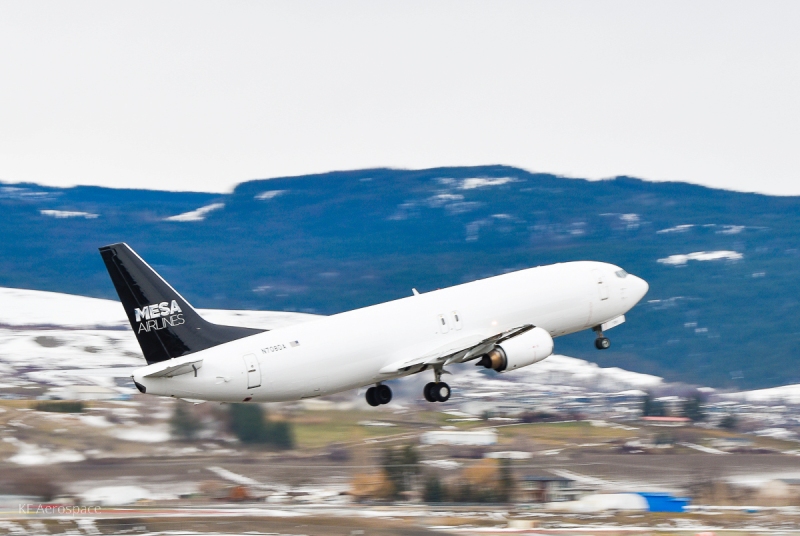 US-based Mesa Airlines has taken delivery of a B737-400 converted freighter from KF Aerospace.

The aircraft was converted at the KF Aerospace facility in Kelowna, Canada. The conversion included the installation of an 11-ft wide hydraulic-powered cargo door kit supplied by Aeronautical Engineers, Inc., complete with a new freight interior and cargo loading system.

The aircraft is one of three KF-owned B737-400 series passenger aircraft to be converted and leased as cargo aircraft. The other two 400 series are currently providing cargo services in Iceland.

While on lease with Mesa Airlines, the B737-400 freighter will be based in Cincinnati, Ohio to support the airline’s cargo operations.