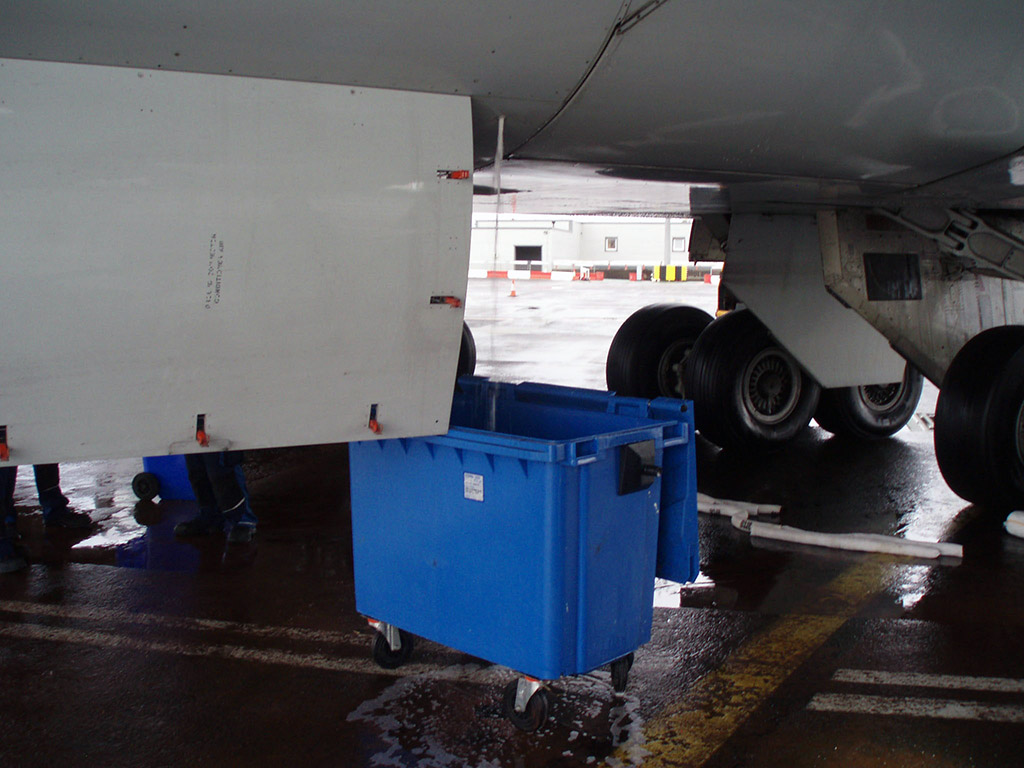 A Cargolux freighter and its crew had a miraculous escaped after 322 litres of fuel leaked from a disassembled helicopter shipment on the main deck.
An official report on the March 30, 2017 incident found that the measured fuel vapour levels indicated "a high risk of explosion and that the fuel flammability limits were potentially in range".
The fuel leak was discovered by the aircraft crew only after the Boeing 747-8F landed safely at Prestwick, Scotland, on its way from Houston, Texas, to the Cargolux hub at Luxembourg. The three crew were not injured.
The report, from the UK’s Air Accidents Investigation Branch (AAIB), stated: "The escaped fuel then made its way through the lower deck and spilled onto the airport apron. Airport Rescue and Fire Fighting Services (RFFS) attended the aircraft to contain the fuel spill and manage the associated risk of fire and explosion.
"The investigation determined that the helicopter, which was disassembled and prepared for transportation some months prior to the incident, had not been shipped in accordance with the required provisions for transportation of such vehicles by air.
"In particular, the helicopter had not been drained of fuel prior to transportation. Approximately 322 litres of fuel escaped from the helicopter during the flight."
One aspect identified by the report was the complex supply chain participants in the shipment: "Several agencies and individuals were involved in various aspects of the sale, preparation and transport of the helicopter."
The report stated that the helicopter was encased in "strong white plastic shrink-wrap" and had been secured to a cargo pallet for the flight, which occupied three loading positions on the right side of the aircraft’s main cargo deck.
During the aircraft examination, some fuel was present in the wells of the pallet and the securing straps were soaked with fuel.
The interior of the freighter (LX-VCF) suffered "extensive fuel contamination" said the AAIB in its report, adding: "After the fuel vapours had dispersed, internal floor panels, ceiling panels and sidewall liners in the aircraft were lifted and contaminated insulation blankets were removed.
"Additionally, all aircraft system electronics, avionics wire looms and harnesses required decontamination. The aircraft undertook a ferry flight to its home base on 11 April 2017, after which a number of additional actions were required to return it to a fully airworthy condition, including extensive inspections, cleaning and application of corrosion-inhibiting fluid.
"All insulation blankets and lower deck ceiling liner panels and some elements of the cargo loading system required replacement."
The lengthy and detailed report reached the following conclusions: "Regardless of the exact mechanism by which the fuel escaped from the helicopter, the IATA Dangerous Goods Regulations (DGR) exist to prevent the transportation of hazardous cargo representing a hazard to the safety of an aircraft.
"Adequate steps were not taken to correctly prepare the helicopter for transport and this situation was not identified prior to it being offered for transportation by air. The investigation identified that the dilution of responsibility among the various individuals and agencies involved meant that no one agency or individual could assure that the shipping documentation reflected the actual condition of the helicopter and was in compliance with the DGR."
The report continued: "An inspection of the helicopter prior to travel was superficial in nature and, although no attempt was made to verify the actual fuel state of the helicopter, incorrectly concluded that the helicopter had been defuelled.
"This resulted in the helicopter shipment being identified as unrestricted cargo, despite containing non-declared dangerous goods. The fuel hazard was not identified to the operator or the commander of the flight on which the helicopter travelled, and they were therefore unaware of the risk it posed.
"The escape of fuel from the helicopter during the flight represented a substantial hazard to the safety of the aircraft, the flight crew and those on the ground at Prestwick Airport. The containment actions taken by the RFFS at Prestwick Airport substantially reduced the possibility of a more adverse outcome."
The report ended: "One Safety Recommendation is made concerning procedures for the preparation of helicopters for air transportation. In addition, the operator has made a number of revisions to its procedures. It has also recommended that its contracted GHA take steps to raise awareness among its staff about the possibility of dangerous goods in general cargo and to improve methods for detecting of undeclared dangerous goods."
A spokesperson for Cargolux said: "Cargolux takes incidents like this extremely seriously since safety is our top priority. Following this incident, Cargolux has reconfirmed that all its processes are in line with industry standards and procedures. Notwithstanding this, we have implemented additional procedures to ensure that incidents such as this one do not reoccur in the future"
Read more freighter operator news