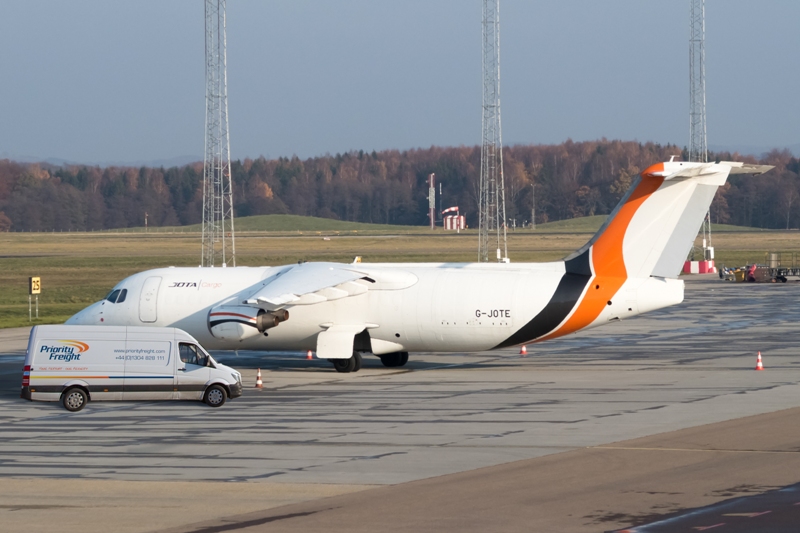 Time-critical logistics firm Priority Freight is the latest company to secure airfreight capacity to prepare for border disruption as the UK transitions from the European Union (EU) on January 1.

The logistics firm said that it had teamed up with charter airline Jota Aviation to set up an ‘air bridge’ between mainland Europe and the UK from January to keep supply chains moving through customs challenges and predicted congestion at ports.

The air bridge will offer return journeys twice daily, using a BAe146 to transport goods between Ostend and Birmingham. The service is available for Priority Freight clients to book immediately, with any remaining pallet spaces in January available on a daily spot booking basis.

Priority Freight group managing director Neal Williams said: “There is still much uncertainty around what import and export processes will look like next year. Deal or no deal, the UK is leaving the European Customs Union and this will cause inevitable congestion and a tougher environment at ports.

“We want to offer our clients some peace-of-mind before the festive break, by giving them opportunity to guarantee the on-time delivery of their mission critical goods in January, today – by booking space on our air bridge with Jota Aviation.”

Jota Aviation head of commercial operations Sarah Westley added: “The purpose of this air bridge between Birmingham and Ostend is to maintain the integrity of supply chains and ensure goods get to where they need to be, on time.

“Hopefully our partnership with Priority Freight will prevent a few sleepless nights.”

The ETSF allows Priority Freight to place non-EU goods into storage prior to customs procedures or re-exportation. This means the company can retain the goods required for customs inspection only, while the remainder of the shipment can be delivered without delay.

Other forwarders have also secured airfreight capacity ahead of the end of the transition period. Bloomberg reports that DSV Panalpina is working on establishing a daily airfreight shuttle between the UK and continental Europe, while DB Schenker has been asked by a major German industrial company to send parts using air in January.

Meanwhile, luxury carmaker said in early December at a Financial Times conference that it had booked a fleet of five AN-124 aircraft on a timeshare basis and had secured extra warehouse capacity to keep up to 14 days worth of stock.

The aircraft is the first of what ACS hopes to be a number of options that the company is securing in order to ensure that, in the scramble for capacity due to Brexit disruption, it can continue to offer its clients “competitive solutions”.

As the aircraft is UK-registered, there will be no need for permits to fly into the country, ACS pointed out.

Chapman Freeborn has also secured capacity ahead of the end of the transition period.

In November, group charter director Pierre van der Stichele said that it had secured two aircraft on standby basis for two different customers to operate nightly flights from mainland Europe to the UK and back.

Van der Stichele said that companies appear to be less prepared for issues at the border than at previous milestones in the exit process.

The logistics industry got a worrying glimpse into what could happen on January 1 when French customs ran a trial of new border procedures and software in November.

The nine-hour trial resulted in a five-mile queue of trucks waiting to cross the channel on the M20 motorway in Kent.

The border procedures involved checks on passports, proof of means, journey details and length of stay, which take around 70 seconds per driver, the Guardian reported.

Other checks on food, drink and agricultural products could also be in place come the end of the transition.

The UK and EU are in the process of negotiating a trade deal that could ease some of the congestion concerns.

However, extra paper work and checks are likely regardless of the outcome, although these will be able to be completed before or after the crossing.