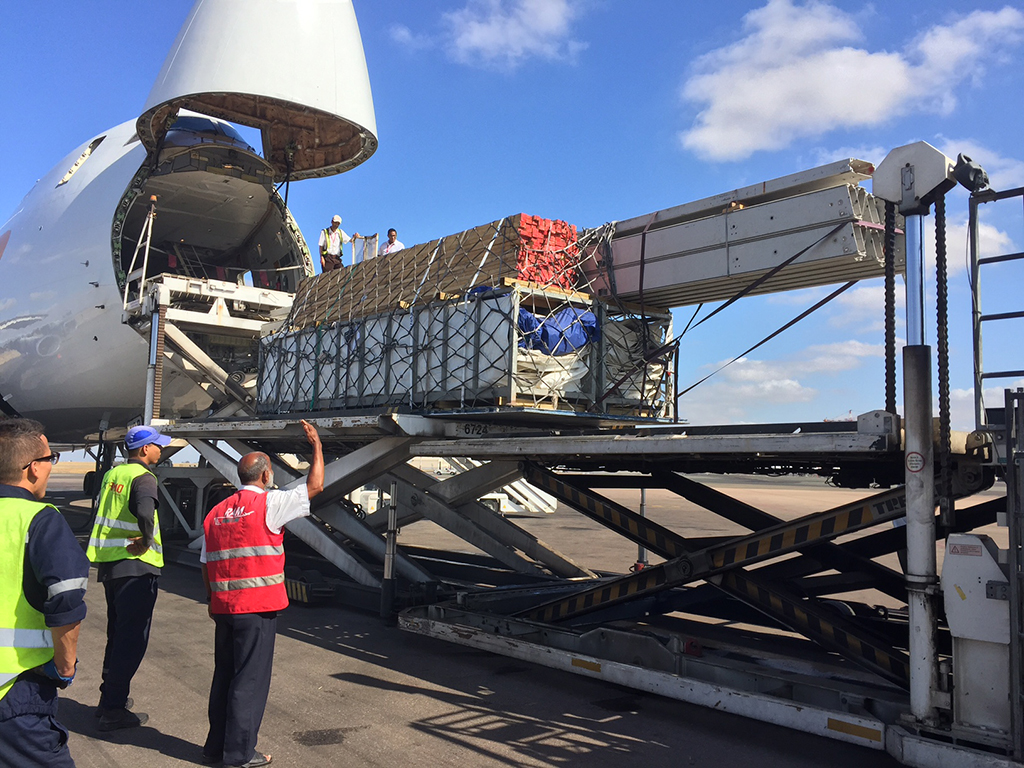 Network Airline Management (NAM) has signed a long term contract with TAAG Angola Airlines to provide a weekly Boeing 747-400F flight from Liege, Belgium, to the capital of Angola, Luanda.
The factory-built nose-loader freighter will carry up to 120 tonnes of oil related and general cargo and will also provide export capacity from Angola back to Europe with on forwarding connections worldwide.
NAM said that trucking connections from all over Europe into the Liege hub are also offered as part of the agreement as well as interlining facilities from North America, Asia and the Indian sub-continent.
With the capacity to carry oversize cargo and pieces up to 20 m in length the intention is "to develop the service to twice weekly in the near future".
NAM operates a fleet of B747F and MD-11F aircraft and has over thirty offices across the globe which will help to assist the commercial development for TAAG, the national airline of Angola.