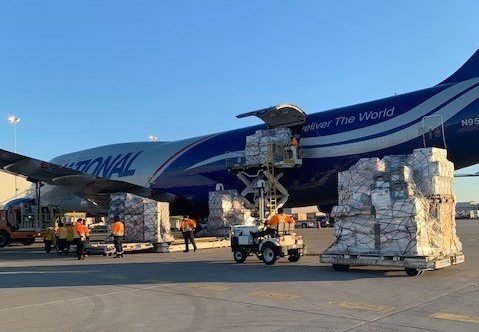 US-based National Airlines flew a B747-400F from both Toronto and Amsterdam to Cyclone Idai-affected Mozambique with 70 tonnes of relief materials from the Canadian Red Cross Society.

Cyclone Idai struck the African continent on March 14, killing and displacing thousands of people and causing damage all across Mozambique.

Relief organizations rely on freighter operators to deliver aid to Mozambique which has suffered flooding on nearly 3,000 sq km of land.

The group’s forwarding arm, National Air Cargo, is ensuring Aid agencies that the relief materials are getting swiftly to the affected population people and is currently working on additional relief movements. Governments across the world have offered support to Mozambique.

Chris Alf, National’s chairman of the board, said: “Our hearts and prayers are with those affected in Mozambique. National Airlines is and will always be committed to prioritizing relief missions ahead of our commercial operations. The Mozambique mission request was received and activated within 24 hours.”

Germany’s Deutsche Post DHL Group (DP-DHLG) has also responded to the humanitarian crisis in Africa by deploying its Disaster Response Team (DRT) to provide assistance at the local airport in Beira, the fourth largest city in Mozambique.

This first DRT deployment to Africa is headed by Chris Weeks, director for humanitarian affairs at DP-DHLG. He is accompanied by a team of DHL volunteers from the United Arab Emirates, Mozambique and South Africa.

The United Nations (UN) and other humanitarian organizations have also deployed staff to Beira. Many of the helpers are still at the airport and are organizing safe options for onward transport. “There isn’t much aid coming in right now,” Weeks explained, “but we expect that to change as the UN has allocated $20m to provide humanitarian help.”

He added: “In the wake of a natural disaster, logistical coordination of relief supplies is crucial. “As logistics specialists with vast experience in disaster management, our skills and expertise can help save lives. We help airport personnel to process relief supplies quickly so that they reach the victims of the cyclone in the fastest possible time.” 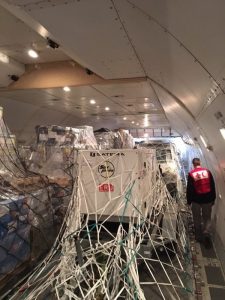 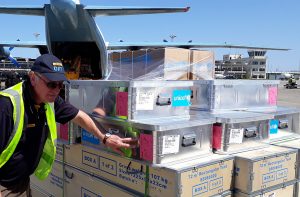