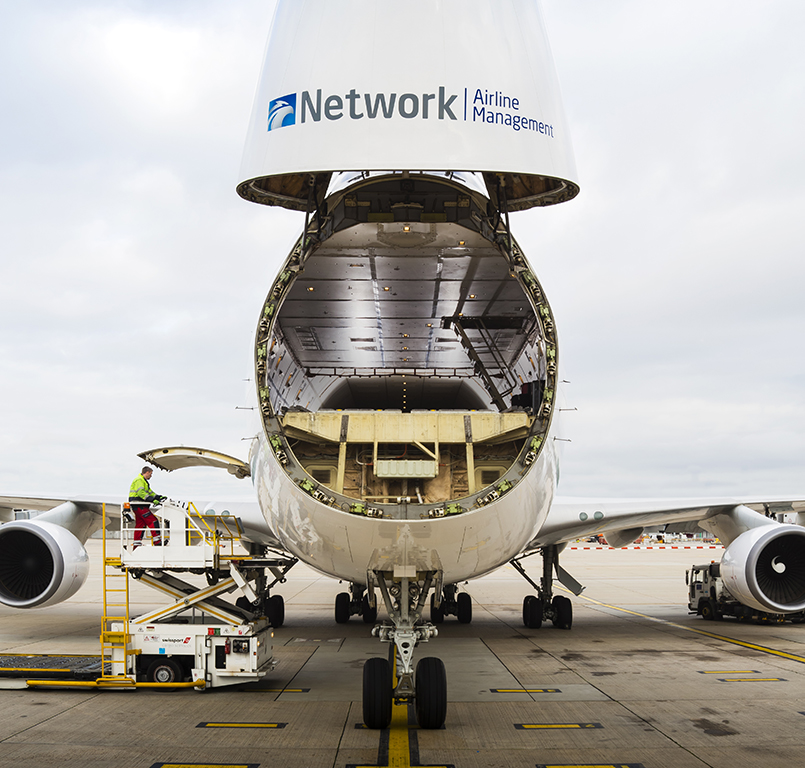 Network Airline Management (NAM) and TAAG Angola Airlines — the national airline of Angola — have renewed their long-term freighter aircraft contract for a factory-built Boeing 747-400F with nose door.
The  freighter — operated by NAM — carries up to 120,000 kilos of oil-related and general cargo and continues its weekly scheduled service from Liege, Belgium, to Luanda.
The agreement offers export capacity from Angola back to Europe with forwarding connections worldwide and trucking connections from all over Europe into the Liege hub, as well as interlining facilities from North America, Asia and the Indian sub-continent.
Andy Walters, commercial director with NAM, said: “We are delighted that TAAG has renewed our contract. I am confident that our strong focus on service quality and value-added solutions have been a significant factor and we are looking forward to continuing our long and successful partnership.”
Read more freighter operator news