New arrival: B777 freighter for Emirates 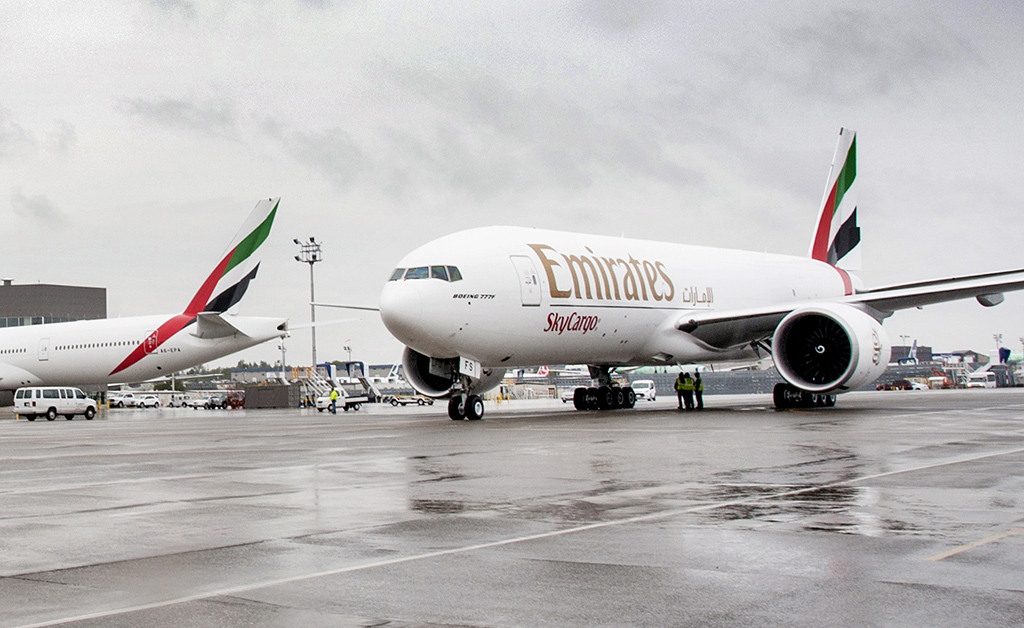 Emirates has taken delivery of four new aircraft in a single day: a Boeing 777 freighter and three passenger jets: two Boeing 777-300ERs and an Airbus A380.
The 777 freighter went into revenue service immediately – it was scheduled to fly directly from the Seattle area, where it was built, to Hong Kong, to pick up 103 tonnes of cargo.
The four arrivals, valued at $1.5bn, bring to 14 the number of new aircraft that the UAE-based carrier has received in 2015, including nine A380s and four Boeing 777-300ERs. During the same period, the airline retired eight aircraft: four A340-500s, three A330-200s and one Boeing 777-200.
The three Boeing aircraft bring the current Emirates 777 fleet size to 147, serving almost 100 destinations on six continents.
Emirates president Sir Tim Clark said: “The Airbus A380 and Boeing 777 are two of the most advanced, efficient, and spacious commercial aircraft in the skies today. They are the mainstay of the Emirates fleet, giving us versatility in our route planning, and also the ability to offer our customers the latest features.”