NGA to cease operations at the end of May 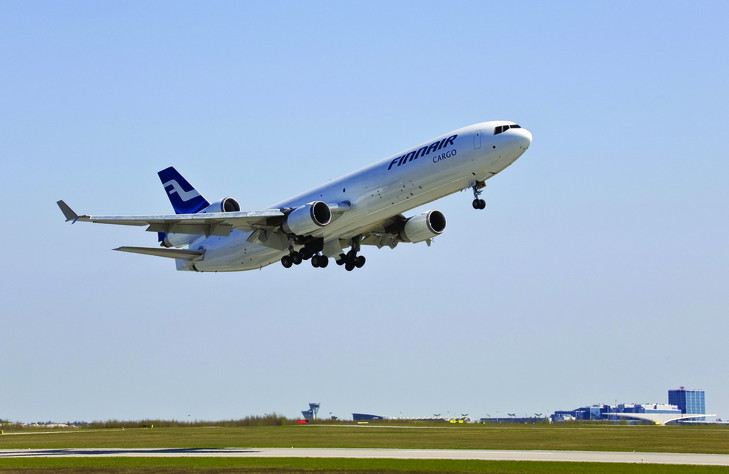 Main-deck cargo airline Nordic Global Airlines will cease operations at the end of the month after overcapacity in the market took its toll on the operator.
NGA, which operates a fleet of four MD-11F freighters for customers, was launched in 2011 but faced continued pressure on pricing.
Finnair Cargo, which owned a 40% stake in the company, leased freighter capacity from NGA for its mainly Asian cargo traffic until the end of last year.
In a statement released to the Nasdaq Helsinki exchange last week, Finnair said the decision to close NGA was “unavoidable” because of  “overcapacity in the sector and depressed freight pricing”.
“NGA grew to fly main-deck cargo in four continents with its low-cost and thin-organization model,” it said.
Finnair, like others, is switching its focus to bellyhold capacity and discontinued separate operations at the end of last year.
At the time, it said the decision to end its MD-11F freighter service between Helsinki and Hong Kong and instead rely on daily bellyhold via an A340 passenger service was due to “deteriorating yields” caused by currency fluctuations and overcapacity.
NGA is also owned by Neff Capital Management, Daken Capital Partners and the mutual pension insurance company Ilmarinen.
In August last year, NGA chief executive and chairman Jim Neff announced the start-up of all cargo carrier Western Global Airlines utilising MD-11 freighters.
The company will begin operations with a fleet of MD-11Fs leased from Neff Air, an affiliated leasing company which owns ten GE powered MD-11Fs and two GE powered 747-400BCFs
NGA leased its four MD11Fs from Neff Air.
Neff was also the founder and chief executive of Southern Air from 1999 until 2010, when he sold the company and became a minority stakeholder.