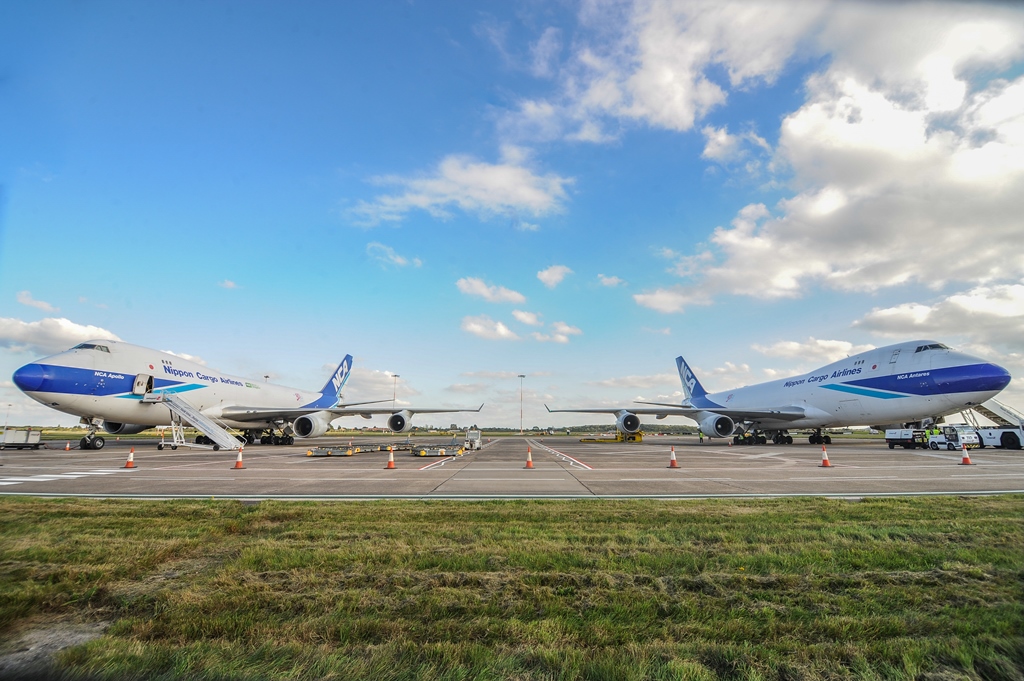 Nippon Cargo Airlines (NCA) has temporarily grounded all aircraft after an error was uncovered in maintenance records.
The all-cargo aircraft operator said that an “inappropriate maintenance record” concerning the lubricating oil supply to the aircraft parts for one of its Boeing 747-8 freighters (JA 14KZ) had been found.
Local reports say government inspectors had identified the “inappropriate maintenance record” during an investigation into the airline’s records after it had been found to be negligent in reporting damage to aircraft.
NCA said: “In an abundance of caution and to ensure the safety of our operation, we decided to temporarily ground all aircraft until all maintenance records have been confirmed appropriate.”
The suspension began with flights departing from Narita airport on June 16.
“Details are under investigation, and we expect at least about one week to confirm the aircraft safety,” the airline added.
“We sincerely apologise for the inconvenience and worries we caused our customers. We will do our utmost effort to check safety for resuming operation as quickly as possible.”
The government inspection started after damage to aircraft was incorrectly reported by the airline.
In January, a bird strike, which left a 25cm dent on one of its freighters, was reported as a minor repair instead of a major repair “by mistake”.
Another dent that was found in March during pre-departure maintenance was also incorrectly dealt with.
NCA said that the investigation had been launched on May 22.
“We are fully co-operating with the investigation and remain committed to improved implementation of safe operating procedures,” the airline said at the time.
The airline operates a total of 11 freighter aircraft – three B747-400Fs and eight B747-8Fs.
In May, the Narita-headquartered airline carried out a total of 653 flights, with services mainly operating to the US, Europe, and Asia.
Destinations include; Chicago, Dallas/Fort Worth, New York, Los Angeles, San Francisco, Anchorage, Amsterdam, Milan, Luxembourg, Frankfurt-Hahn, Osaka, Shanghai, Hong Kong, Singapore, Bangkok and Taipei.
Read more freighter operator news