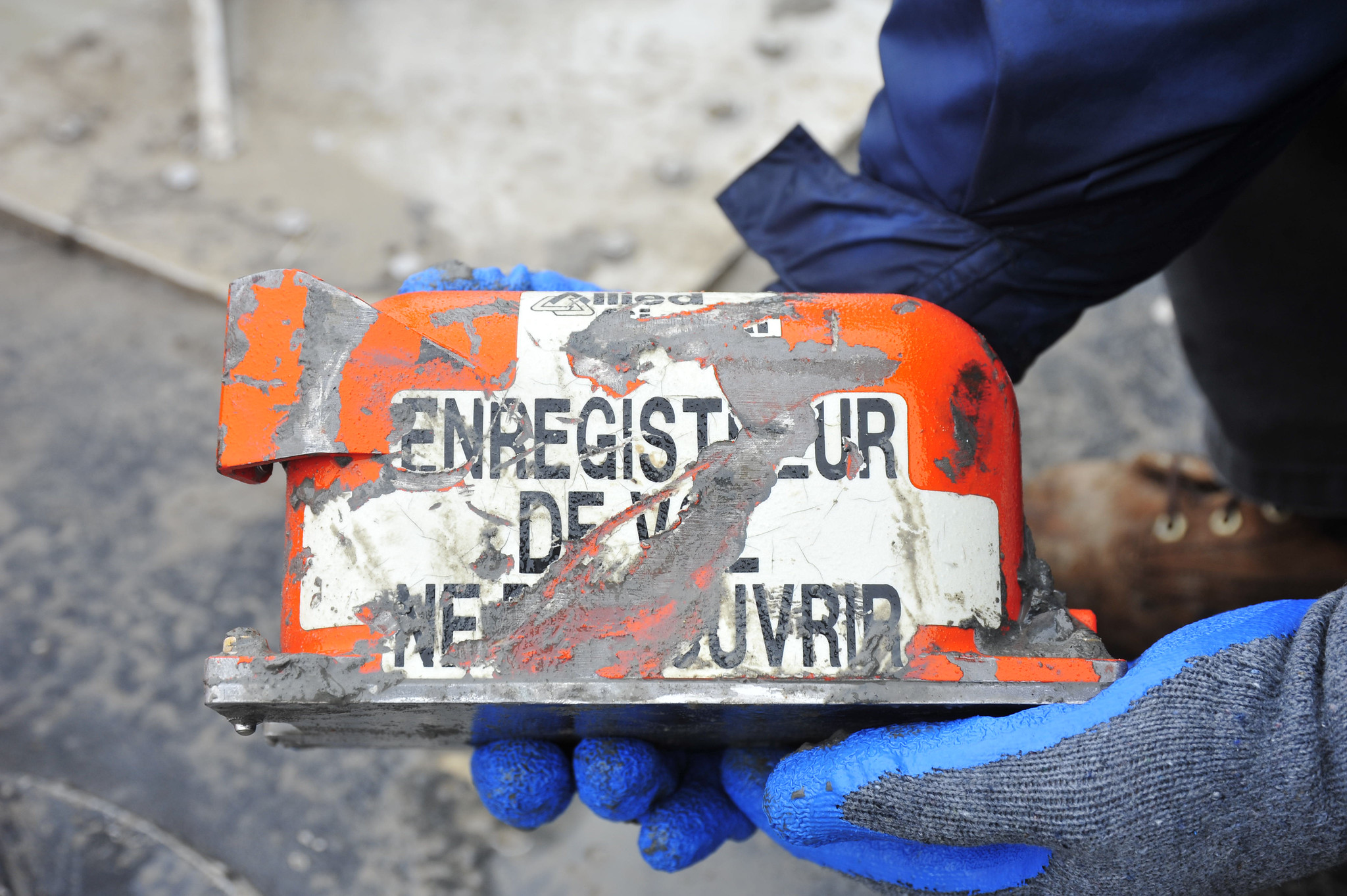 This photo, taken on March 3, 2019, shows the recovered flight data recorder of the Atlas Air Flight 3591, a Boeing 767-300 cargo jet, that crashed in the muddy marshland of Trinity Bay Feb. 23, 2019, about 30 miles from Houston's George Bush Intercontinental Airport. (NTSB photo)

The National Transportation Safety Board (NTSB) has found that Atlas Air flight 3591 crashed outside Houston in 2019 after the first officer, due partly to sensory illusion, improperly reacted to inadvertent activation of the aircraft’s go-around mode.

The NTSB, in conclusions released July 14, also cites first officer airmanship deficiencies and shortcomings by the captain as factors playing a role in the crash.

“Also contributing were systemic deficiencies in the aviation industry’s selection and performance measurement practices, which failed to address the first officer’s aptitude-related deficiencies and maladaptive stress response,” said the safety investigatory agency in its conclusions.

The NTSB also disclosed its findings in a webcast hearing on 14 July. The investigation is complete but the final accident report has not been released.

The Federal Aviation Administration said it intends to address some of the NTSB’s concerns next year by requiring sharing of pilot records.

Three people died in the crash: the captain, first officer and a pilot travelling as a passenger.

The accident sequence began when the aircraft was about 35nm (65km) outside Houston, descending in light turbulence through 6,300 ft with the first officer at the controls.

Despite cockpit notifications, the pilots were apparently unaware of the flight mode transition. Seconds later, one of the pilots – likely the first officer – pushed the aircraft’s control column forward, pitching it nose down, the NTSB says.

“The first officer likely experienced a pitch-up somatogravic illusion as the airplane accelerated due to the inadvertent activation of the go-around mode, which prompted him to push forward on the elevator control column,” the report says.

Such an illusion, which can cause pilots to sense that their aircraft is pitching nose up, can occur during limited outside visibility when an aircraft is accelerating.

The first officer “experienced sensations that [the] airplane was stalling. The aircraft was not stalling,” says NTSB investigator Bill English during the hearing.

Due to the control column input, the aircraft entered a dive from which the pilots were unable to recover.

“The airplane crashed into a shallow, muddy, marshy area of Trinity Bay, Texas,” NTSB board chair Robert Sumwalt says during the hearing.

But the NTSB said the first officer deliberately withheld from Atlas a history of performance issues.

“The first officer’s repeated uses of incomplete and inaccurate information about his employment history on resumes and applications were deliberate attempts to conceal his history of performance deficiencies and deprived Atlas Air and at least one other former employer of the opportunity to fully evaluate his aptitude and competency as a pilot,” the NTSB said.

Atlas Air Worldwide Holdings, which owns Atlas Air, said the “NTSB’s report provides valuable findings that will help our company and the aviation community as a whole as we continue to improve safety across our industry”.

“Of critical importance is the need for an improved federal pilot records database to provide airlines with full visibility of pilot history in the hiring process,” Atlas added.

To prevent future such accidents, the NTSB urged the FAA to emphasise that aircraft operators should use “flight operations” experts, not designated agents, to review pilot records prior to hiring.

The board recommends that the FAA address shortcomings with an existing, but voluntary, “Pilot Records Database”, which is used to share pilot records among airlines.

The database should include all pilot training records related to airline employment processes, the NTSB said.

The NTSB also reiterated a previous recommendation that airlines, prior to hiring new pilots, be required to obtain and review “notices of disapprovals”. Such forms are records of areas where pilot applicants demonstrate unsatisfactory piloting knowledge or skill.

Asked to comment, the FAA said it expects in January 2021 to publish a rule requiring “the industry provide pilot records” to the Pilot Records Database.

“The FAA will complete the final database after the agency publishes the final rule,” it adds.