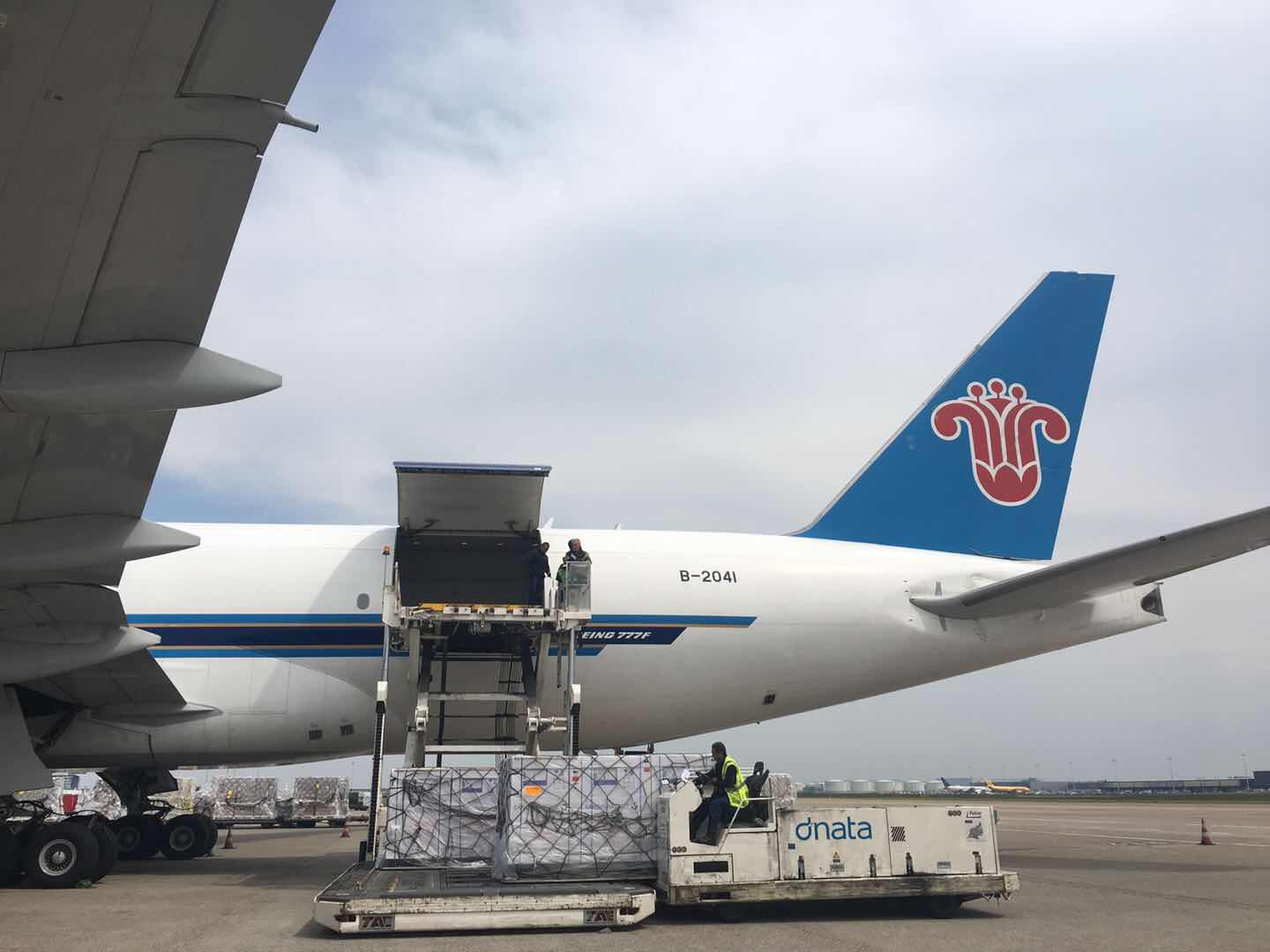 A China Southern Cargo B777 freighter has transported 17 tons of temperature-sensitive pharmaceuticals valued at yuan 140m from Amsterdam to Guangzhou.
Said a spokesperson for the carrier: “Since last year China Southern Cargo has transported a total of about 2,600 tonnes of temperature-sensitive pharmaceuticals through cooperation with shipment enterprises and world-renowned pharmaceutical companies. It has also started the practice of transporting medicine with charted flights.”
China Southern Cargo is a member of Pharma Gateway Amsterdam, a professional trade association started by Schiphol Airport in 2016.
In 2017, China Southern Cargo transported about 15,000 tonnes of temperature-sensitive products through its international fights with a year-on-year increase of around 40%.
Said the spokesperson: “ Popular goods on our flights include seafood, medicine and cherries from North America, salmon, medicine and flowers from Europe, salmon, cherries and seafood from Australia and New Zealand, as well as flowers, flower seedlings, vegetables, and Tricholoma matsutake from Yunnan, China.”